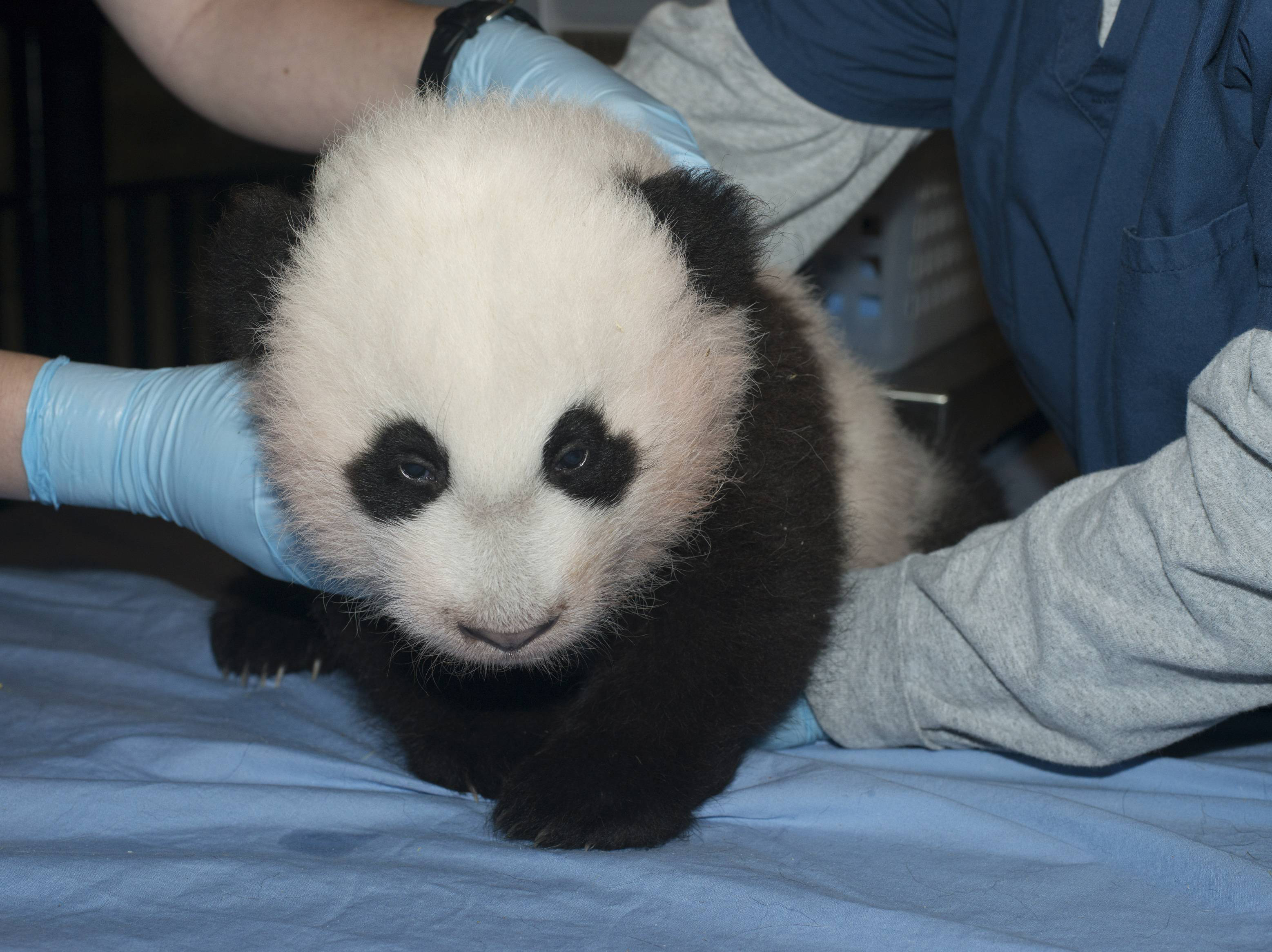 In a ceremony befitting royalty, the Smithsonian's National Zoo in Washington said Sunday it was naming a rare, female giant panda cub "Bao Bao," after a public online vote that drew more than 123,000 submissions.

Bao Bao (rhyming with Pow Pow) translates as precious or treasure in English, the zoo said. It was one of five Mandarin Chinese names offered in the online vote that ran from Nov. 5-22. Other options included Ling Hua, meaning a darling, delicate flower; and Mulan, a smart and brave Chinese warrior. The zoo said it had received 123,039 votes.

The name was revealed on what is the cub's 100th day of life in keeping with a Chinese tradition for naming babies, and was presented in both English and Chinese languages on scrolls hanging from a 12-foot arch at the zoo.

Music and dancing and Chinese treats were served in celebration, zoo officials said.

Chinese and U.S. officials made the naming announcement jointly, and said Bao Bao underscores a collaboration on giant panda conservation that dates back to 1972.

"Bao Bao symbolizes 41 years of research and collaboration both at the National Zoo and in China," Dennis Kelly, director of the Smithsonian's National Zoo, said in a statement. "We're grateful to everyone around the world who voted to name her and help us celebrate today."

Baby Bao Bao was born Aug. 23 during a live broadcast on the zoo's "panda cam" to 15-year-old panda Mei Xiang in the U.S. national zoo. But the cub will be kept from the public until she is old enough to leave the den, estimated to be sometime in early 2014, zoo officials said.

They added that the cub's father, Tian Tian, was served a special ice treat on Sunday to celebrate the naming.

Ambassador Cui Tiankai from the People's Republic of China and Assistant Secretary Kerri-Ann Jones from the U.S. Department of State's Bureau of Oceans and International Environmental and Scientific Affairs participated in the naming ceremony.

After she turns 4 years old, Bao Bao will move to the China Conservation and Research Center in Wolong, Sichuan, China, zoo officials said.

Giant pandas are one of the world's most endangered species and Bao Bao was conceived through artificial insemination in March. The natural home of giant pandas is in a few mountain ranges in central China.

There are only about 1,600 known to be living in the wild and some 300 in captivity, mostly in China.