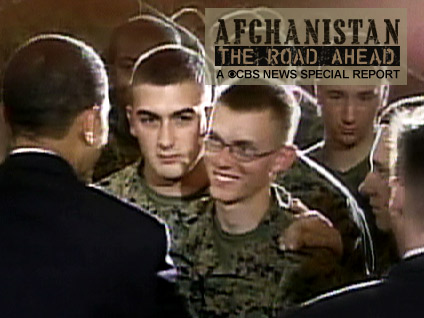 Significant flaws in care and management at the National Zoo threaten the well-being of the 2,700 animals at the park, according to an independent review requested by Congress.

The interim report released Wednesday said many animals at the zoo are not receiving adequate preventive care, including exams, vaccinations and tests for infectious diseases. It also faulted the zoo for shortcomings in the animal nutrition program, which the report said had contributed to animal deaths.

The zoo is part of the Smithsonian Institution and is among the capital's most popular tourist attractions, with nearly 3 million visitors each year.

Later Wednesday, the Smithsonian Institution, which oversees the zoo, announced that the embattled director of the National Zoo, Lucy Spelman, will leave her job at the end of the year.

"Lucy believes she has become a lightning rod for attention that has detracted from the work of the zoo," the Smithsonian said in a statement.

In an attempt to manage all the bad press, Spelman had gone so far as to instruct employees to gather personal background information on reporters covering the story, according to an internal memo obtained by CBS News Correspondent Sharyl Attkisson last September.

A National Academy of Sciences panel of veterinarians, zookeepers and others began its investigation last year after several well-publicized deaths, including two red pandas that died after eating rat poison buried in their yard by exterminators trying to get rid of rodents.

Questions have been raised by former zoo officials about the qualifications of Spelman, a veterinarian and director of the 114-year-old zoo. But the panel's chairman, R. Michael Roberts, declined to comment on the leadership of Spelman. He said there were failures at the zoo at all levels, in a number of areas.

"We have not attempted to assign blame, nor will we assign blame, to individuals," said Roberts. "But we believe there has been a pervasive weakness at many levels within the system, ranging from the keeper level through management."

The report said "a lack of adequate nutrition oversight has contributed to animal deaths" at the zoo." It cited the case of a zebra named Buumba that died of hypothermia and malnutrition in February 2000. A bald eagle was attacked in his own cage by a wild animal and prairie dogs were devoured by rampant rats.

The report said multiple failures — including poor communication among keepers and veterinarians, and inadequate supervision — preceded the zebra's death.

The mortality rate at the zoo has dropped from just over 10 percent to about 7 percent in recent years, the report said. But Roberts said those rates were not compared to other zoos, though that is something the panel hopes to do before issuing its final report this summer.

The problems with preventive care at the zoo stretch back to 1998. "The committee found numerous failures to provide timely vaccinations, tuberculosis tests or physical exams," said the report.

The panel did credit the zoo with taking steps in the past year to improve care, but it said more changes are needed. The report also faulted the zoo's record-keeping, saying there have been "unacceptable" instances where records were altered weeks, even years, later.

The zoo is operating under a provisional accreditation from the American Zoo and Aquarium Association. The AZA will decide March 17 whether to extend that accreditation for the usual five-year term, something it declined to do last year.