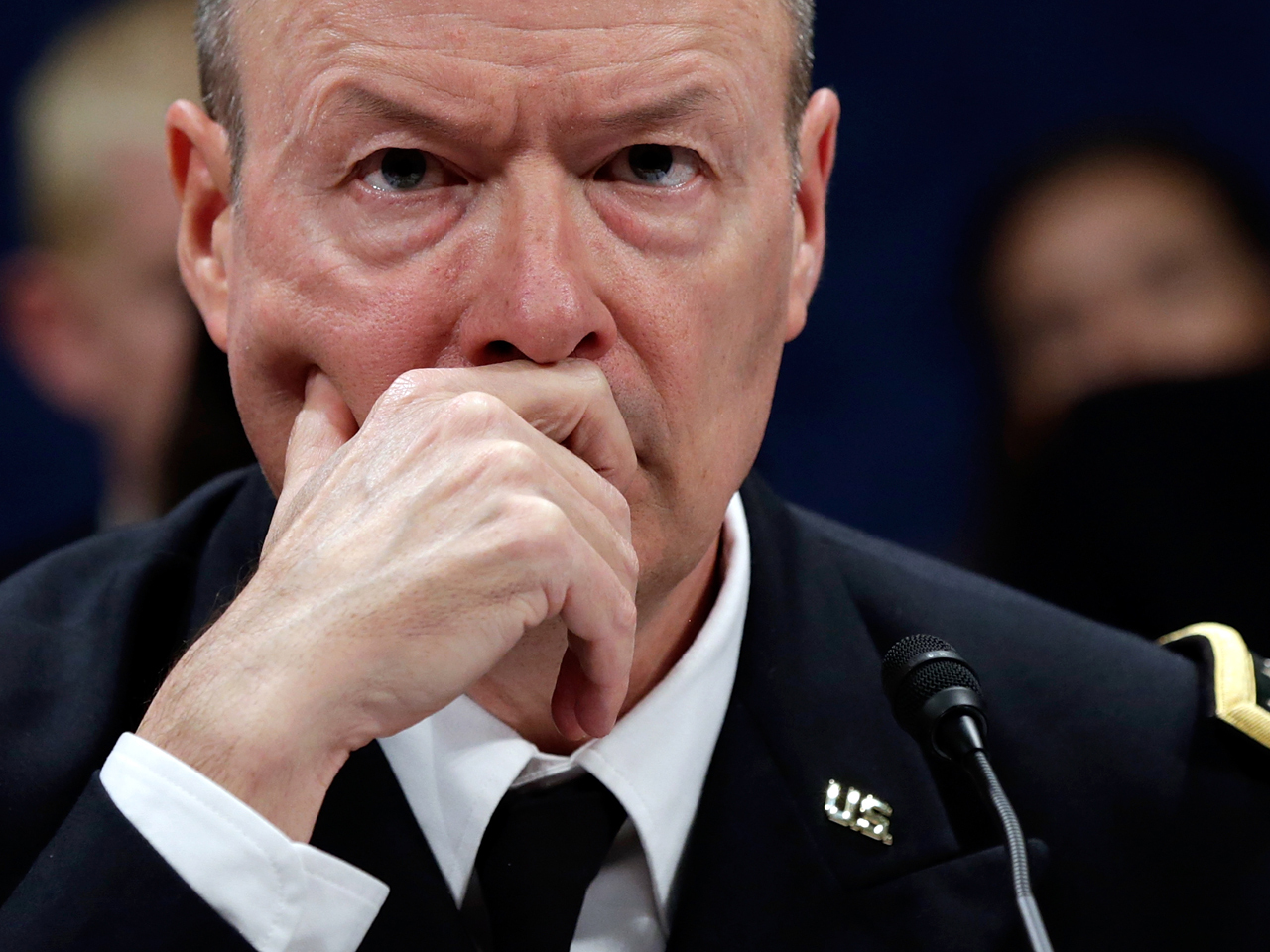 WASHINGTON The White House and congressional backers of the National Security Agency's surveillance program warn that ending the massive collection of phone records from millions of Americans would put the nation at risk from another terrorist attack.

With a high-stakes showdown vote looming in the House, White House press secretary Jay Carney issued an unusual, nighttime statement on the eve of Wednesday's vote. The measure by Rep. Justin Amash, R-Mich., would cancel statutory authority for the secret program, a move that Carney contended would "hastily dismantle one of our intelligence community's counterterrorism tools."

Gen. Keith Alexander, head of the NSA, made a last-minute trip to Capitol Hill on Tuesday to urge lawmakers to reject the measure in separate, closed-door sessions with Republicans and Democrats. Seven Republican committee chairmen issued a similar plea in a widely circulated letter to their colleagues.

An unlikely coalition of libertarian-leaning conservatives and liberal Democrats says the program amounts to unfettered domestic spying on Americans. Amash and Rep. John Conyers, D-Mich., are the chief sponsors of an amendment that would end the ability of the NSA to collect phone records and metadata under the USA Patriot Act. Instead the agency would only be allowed to gather data on specific individuals under investigation, CBS News congressional correspondent Nancy Cordes reported on "CBS This Morning" Wednesday.

Amash said his measure tries to rein in the NSA's blanket authority. Responding to the White House statement, the congressman tweeted late Tuesday:

The vote on Wednesday would be the first time Congress has weighed in since former NSA systems analyst Edward Snowden leaked documents that revealed that the NSA had collected phone records, while a second NSA program forced major Internet companies to turn over contents of communications to the government.

"This blunt approach is not the product of an informed, open or deliberative process," Carney said. "We urge the House to reject the Amash amendment, and instead move forward with an approach that appropriately takes into account the need for a reasoned review of what tools can best secure the nation."

Proponents of the NSA programs argue that the surveillance operations have been successful in thwarting potential terrorist attacks, including a 2009 plot to strike at the New York Stock Exchange.

"This bill would basically turn off our ability to find terrorists trying to attack us," said Rep. C.A. Dutch Ruppersberger of Maryland, the top Democrat on the Intelligence panel.

Rep. Mike Rogers, R-Mich., chairman of the Intelligence committee, joined other GOP chairmen in a letter urging lawmakers to reject the Amash amendment.

"While many members have legitimate questions about the NSA metadata program, including whether there are sufficient protections for Americans' civil liberties," the chairman wrote, "eliminating this program altogether without careful deliberation would not reflect our duty, under Article I of the Constitution, to provide for the common defense."

The debate over privacy and national security has prompted calls and emails to lawmakers, said Rep. Tom Rooney, R-Fla., a member of the Intelligence panel who said members of Congress are facing competing pressures.

The overall defense spending bill would provide the Pentagon with $512.5 billion for weapons, personnel, aircraft and ships plus $85.8 billion for the war in Afghanistan for next budget year.

The bill is $5.1 billion below current spending and has drawn a veto threat from the White House, which argues that it would force the administration to cut education, health research and other domestic programs in order to boost spending for the Pentagon.

In a leap of faith, the bill assumes that Congress and the administration will resolve the automatic, across-the-board spending cuts that have forced the Pentagon to furlough workers and cut back on training. The bill projects spending in the next fiscal year at $28.1 billion above the so-called sequester level.

In addition to the vote on the Amash amendment, the House also will consider an amendment prohibiting any U.S. funds for military or paramilitary operations in Egypt and barring the administration from arming the Syrian rebels without congressional approval.

On Tuesday the House voted to cut $79 million from the Afghanistan Infrastructure Fund, reducing the amount to the current level of $200 million as projects have been delayed. The House also endorsed the $70.2 million in the bill to study the feasibility for an East Coast missile defense site.

The overall bill must be reconciled with whatever measure the Democratic-controlled Senate produces.