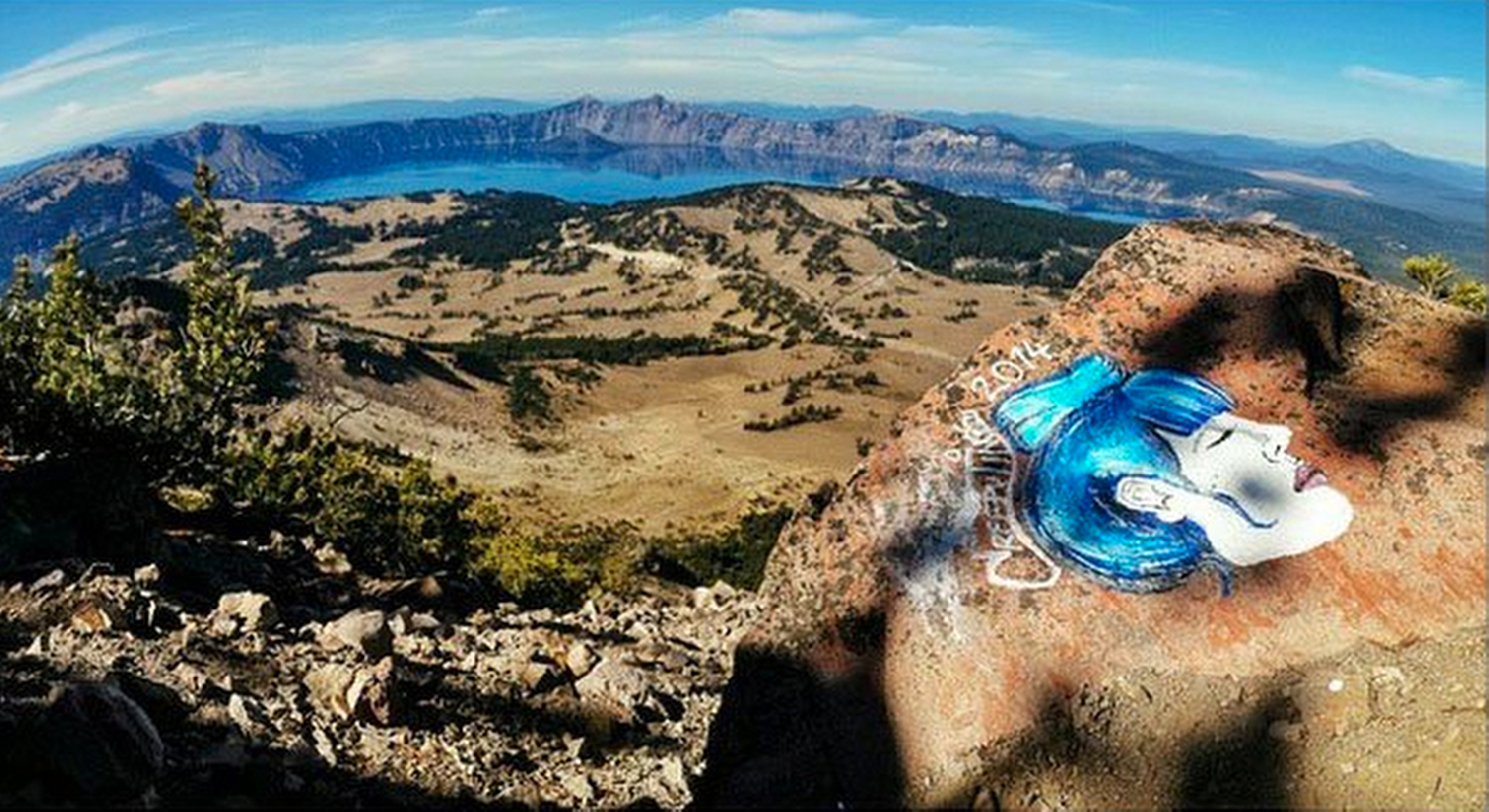 SALT LAKE CITY -- A series of colorful, eerie faces painted on rocks in some of the West's most famously picturesque landscapes has sparked an investigation by the National Park Service and a furor online.

Agents so far have confirmed the images in Yosemite and four other national parks in California, Utah and Oregon. Park Service spokesman Jeffrey Olson said the vandalism could lead to felony charges for the person responsible.

The images appear to come from a New York state woman traveling across the West this summer and documenting her work on Instagram and Tumblr, said Casey Schreiner of modernhiker.com, whose blog post tipped off authorities.

The investigation is the subject of well-trafficked threads on the website Reddit, where people railed against the drawings as the defacing of irreplaceable natural landscapes.

"You're seeing this emotional response of people who feel like they've been kicked in the gut," Schreiner said.

CBS San Francisco reports that Yosemite National Park Investigator Steve Yu asked Reddit users for any images they had seen that might be related to the vandalism, and was provided screenshots of the deleted images.

It's not the first time vandalism in parks has been documented on social media. Last year in Utah, two Boy Scout leaders caused an online uproar when they recorded themselves toppling an ancient rock formation at Goblin Valley State Park and posted it on YouTube.

But in this case, the woman appears to consider the work an artistic expression, Schreiner said.

One photograph online showed a painting of a woman's face on a rock outcropping against the panoramic sweep of Oregon's Crater Lake National Park. In another, a backpack-size line drawing of a woman smoking a cigarette appears on red rock in Utah's Zion.

The images appear to have been painted with acrylic paint or drawn with marker, Schreiner said.

He took screen shots Tuesday of seven images that appeared on Instagram and Tumblr accounts under the handle "creepytings." The accounts later were made private or taken down.

The Associated Press is not naming the woman associated with the accounts because she hasn't been charged with a crime. Efforts to reach her Thursday were not successful.

Artists who work in natural environments typically consider who owns the land and get permission to work there, said Monty Paret, an associate professor of art history at the University of Utah. The earthwork "Spiral Jetty" sculpture on the shore of the Great Salt Lake, for example, is on land leased from the state.

The images that surfaced this week look more like graffiti, Paret said.

"As opposed to tagging in a back alley, it's like tagging an iconic building," he said. "It's going to get a lot more attention."

National parks agents have confirmed the vandalism in Yosemite and Death Valley National Parks in California, Canyonlands and Zion in Utah, and Crater Lake in Oregon.

Investigators also are looking for vandalism in other places the woman's social media trail indicates she visited: Joshua Tree, Sequoia and Kings Canyon in California; Rocky Mountain in Colorado; Bryce Canyon in Utah; and Grand Canyon in Arizona.

Crater Lake superintendent Craig Ackerman said bad weather has kept staff from going to the painting there, which is at an elevation of about 9,000 feet. Though rangers typically remove graffiti to discourage others, sometimes cleaning it causes even more damage, he said.

Vandalism is a small but persistent problem for the Park Service, which welcomes about 280 million visitors a year, Olson said.

It typically is a misdemeanor punishable by up to a $5,000 fine and a year in prison. But vandalism in national parks can be a felony if the damage is extensive or in specially protected places, he said.