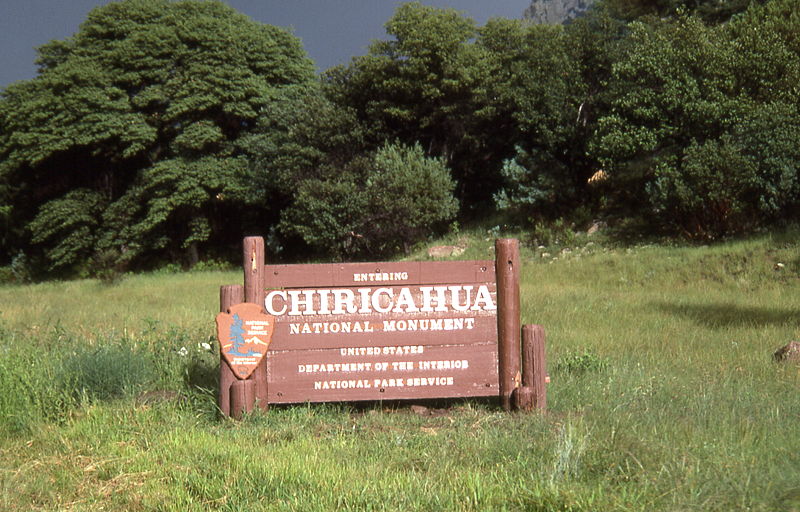 (CBS/AP) BISBEE, Ariz. - A 60-year-old National Park Service employee was critically injured in an apparent assault in southeastern Arizona and her government-owned truck was later found in a border town about 40 miles away, authorities said.

The woman was flown to a Tucson hospital where she was in critical but stable condition, but further information on her injuries was not immediately available, sheriff's spokeswoman Carol Capas said.

The woman's government vehicle was found several hours later in the city of Douglas by tracking the worker's cell phone, which was still inside.

No suspects have been arrested or identified, she said.

Capas said the worker's pickup was found in the middle of Douglas and there was no immediate evidence that whoever abandoned it had crossed the border into Mexico.

Douglas is about 40 miles south of the monument, which is in mountains and desert on the east side of a broad valley that runs north from the U.S.-Mexico border.

The region is frequented by drug smugglers as well as people entering the United States illegally.

"We do have significant foot traffic and vehicle traffic that's attributed to illegal activity," Capas said.

Deputies were working closely with federal and state law officers to "identify the suspect(s) who apparently seriously injured a federal employee," Cochise County Sheriff Mark Dannels said in a statement released by his office.

Perryn Collier, a spokesman for the FBI in Phoenix, said the agency was assisting in the investigation being conducted by the Sheriff's Office and Park Service law enforcement officials.

Capas said investigators gathered evidence where the worker was found and the places where her vehicle had been parked and later located.

The monument was the site of the still-unsolved 1980 disappearance of a Park Service ranger, Paul Fugate, who was last seen when he went on foot patrol.

The unsolved shooting death of a Douglas-area rancher, Rob Krentz, also took place in the region. Krentz was gunned down in March 2010 while checking water lines on his property. Authorities believe - but have never produced substantive proof - that a scout for drug smugglers killed him.