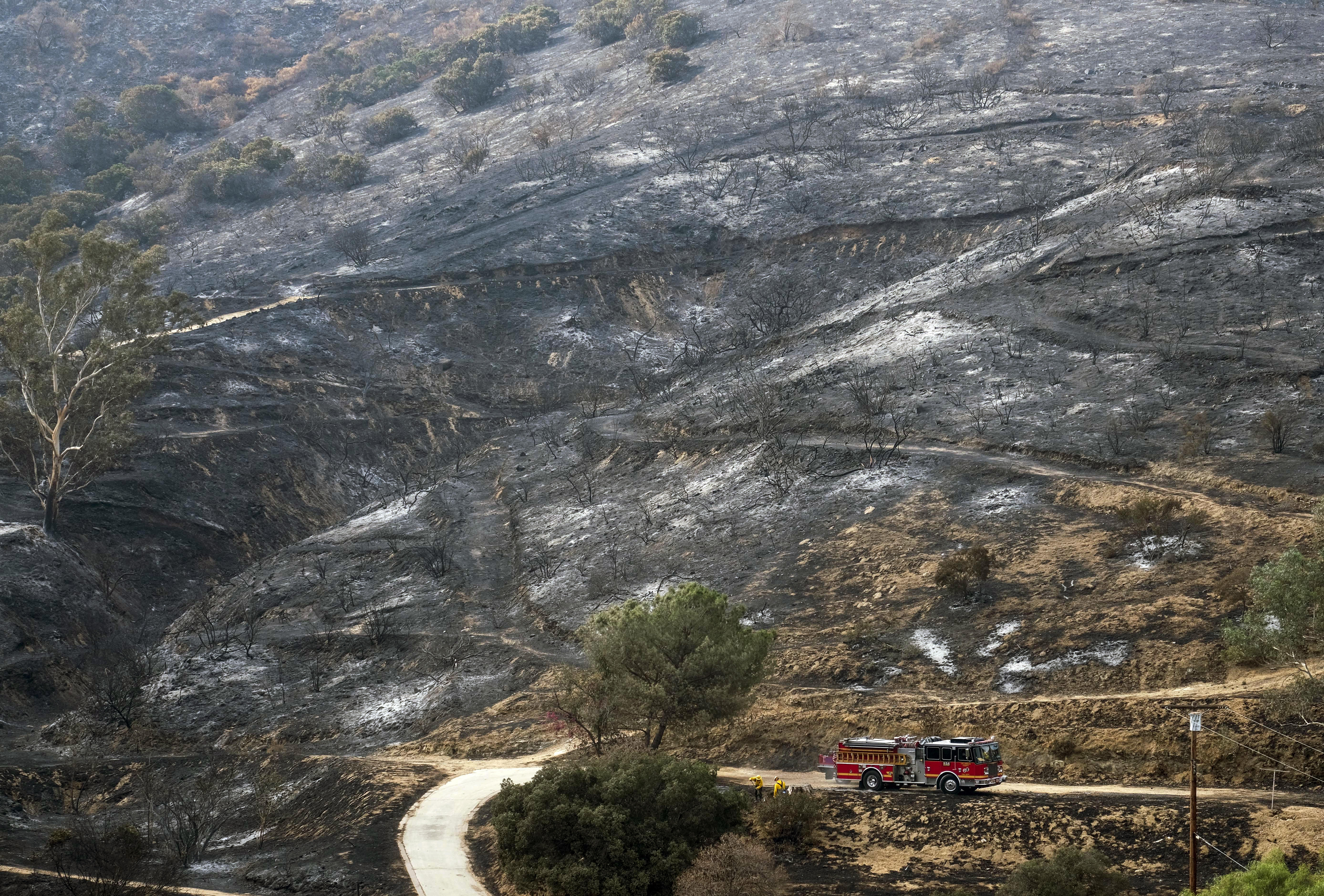 HELENA, Mont. -- Winds wreaked havoc on wildfires that were threatening two crown jewels of the National Park Service on Monday, pushing the flames toward man-made and natural icons in and around Glacier and Yosemite national parks.

The wind-driven fires, combined with high temperatures and dry conditions, have disrupted holiday travel and hampered firefighters across the West during a Labor Day weekend that capped a devastating summer in which an area larger than Rhode Island has burned.

The dozens of fires burning across the West and Canada have blanketed the air with choking smoke from Oregon, where ash fell on the town of Cascade Lakes, to Colorado, where health officials issued an air quality advisory alert.

A fire in Montana's Glacier National Park emptied the park's busiest tourist spot as wind gusts drove the blaze toward the doorstep of a century old lodge. The 14-square-mile fire that consumed a historic Glacier backcountry chalet last week was about a mile away from Lake McDonald Lodge, a 103-year-old Swiss chalet-style hotel.

The lodge's setting on the lake as the Going-to-the-Sun-Road begins its vertigo-inducing climb up the Continental Divide has made it an endearing park symbol for many visitors, and it's the jumping-off point for hikes, boat rides, horseback riding and tours in old-fashioned buses known as jammers.

Rangers evacuated tourists and residents from 55 homes near the lake on Sunday as firefighters laid hoses and sprinklers around the hotel.  On Monday, fire crews got bad news: The wind had shifted and gusts were driving the fire down the mountainside toward the lake's shores.

Losing Lake McDonald Lodge on top of the destruction of Sperry Chalet last week would be "unimaginably devastating," said Mark Hufstetler, a historian who worked at the lodge for several years in the late 1970s and early 1980s.

Fire crews understood the significance of the lodge and were ready to protect it, said fire information officer Diane Sine.

"It's important to all of us and a very high priority to do whatever we can to preserve that," she said.

In Los Angeles, a fire that destroyed four homes and threatened hillside neighborhoods is no longer actively burning, but firefighters remained at the scene in case the wind reignited the blaze, Fire Department Chief Ralph Terrazas said.

Still, Terrazas said Monday that wind conditions could re-ignite the blaze, so fire officials were not reducing the number of firefighters at the scene.

As the fire came racing towards his home, Craig Bollenson had seconds to carry his father out of this home in his wheelchair. "It was a freight train and it sounded like that, too," Bollenson says.

It was one of four homes destroyed by the Los Angeles fire.

"I think the fire just generate its own wind and it just leaned forward and started charging down the hill faster than I could have run in front of it," Bollenson says.

Outside California's Yosemite National Park, a wind-fueled fire on Sunday drove deeper into a grove of 2,700-year-old giant sequoia trees, but officials were not immediately sure whether trees had been killed.

"We don't know the intensity of the fire," she said. "It could be your standard fire that the grove has experienced for thousands of years."

There are more than 100 giant sequoias in the grove, including the 24-story-high Bull Buck sequoia, one of the world's largest.

The fire threatening the grove was one of several in the area -- one of which closed some trails in Yosemite. A road leading to the park's southern entrance was also closed.

Brenda Negley woke up Monday in her Oakhurst home 14 miles away and found her truck covered with ash. Her mother was there, too, after evacuating her own home, but Negley's thoughts were with the peaceful and secluded grove that she has regularly visited since childhood.

"I've been sick with worry over Nelder Grove," she said. "As much as Nelder Grove is my home, and I don't want to lose my home, I want to save my mom's home and everyone else's home."

Elsewhere in Northern California, a fire destroyed 72 homes and forced the evacuation of about 2,000 people from their houses. The fire has burned 14 square miles in the community of Helena about 150 miles south of the Oregon border.