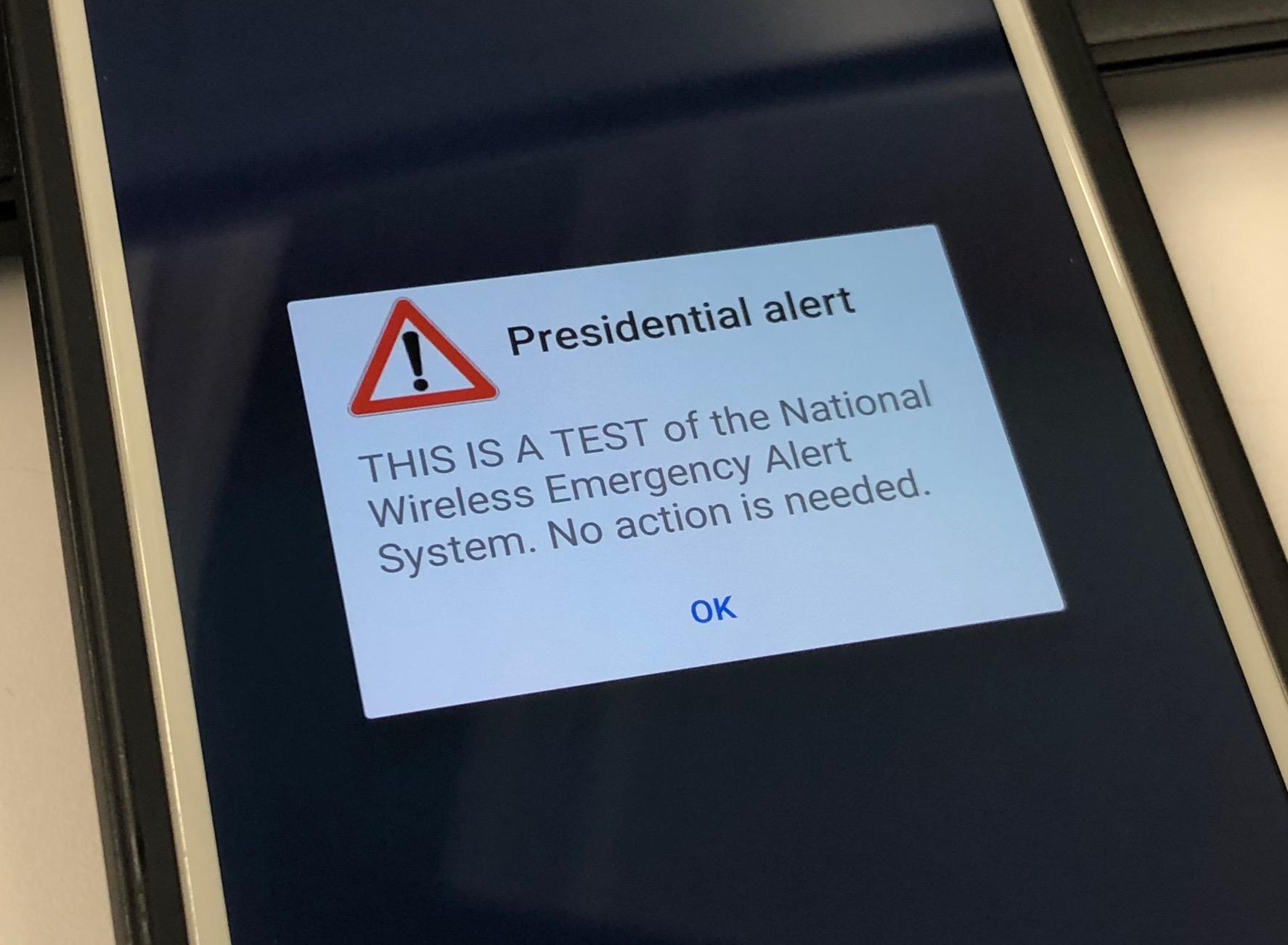 The first thing you need to know about the message that sent cellphones across America blaring in unison on Wednesday is that, no, President Trump can't just send one whenever he wants. But, you can't opt out of it.

The message is part of the national presidential alert system, which sent out its first test at 2:18 p.m. ET Wednesday. Similar to Amber and weather alerts, it's designed to allow a president to issue a warning about a crisis like a missile headed toward the U.S. or an incoming tsunami. The big difference is that it's sent to every cellphone in the U.S. -- unlike alerts targeted to a region.

It's part of FEMA's National Wireless Emergency Alert System which is used to warn the public about weather, missing children, and other critical situations. The test will set off the same sound used for other alerts. If your phone is on and you have service, you will most likely receive the alert and cannot turn it off.

News of the presidential alert set social media blaze Tuesday with people worried it meant the president could send out a message whenever he wanted and about whatever he wanted. Former Secretary of Homeland Security Jeh Johnson told CBS News that is not the case.

"This is something that should not be used for a political agenda," Johnson said. "One thing that we need make very clear is that there are laws, policies and procedures that are in place, other protocols to assure that the system is used in accordance with its intended use as defined by the law."

Still, some people aren't happy about it. Three New Yorkers filed a federal lawsuit last week in an attempt to block the test. They argue it violates free speech and is an unconstitutional seizure of electronic devices.