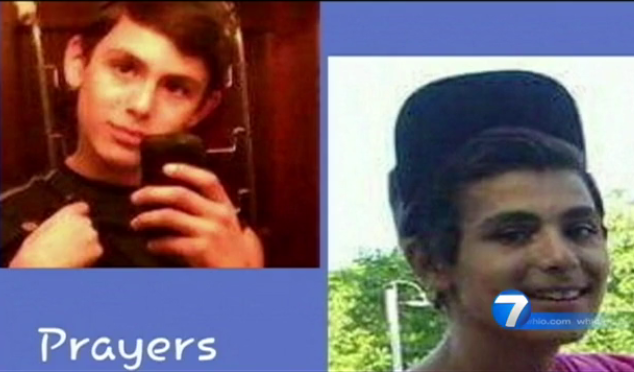 DAYTON, Ohio -- A 13-year-old Ohio boy died of a suspected heroin overdose, and his father has been jailed in a previous drug-related case, according to authorities.

Nathan Wylie’s father and a co-worker frantically carried the unconscious boy on March 28 from a mechanic’s lot to a fire station next door, CBS Dayton affiliate WHIO reports. They indicated that Nathan got into his father’s drugs. A police report said medics administered four milligrams of Narcan without any response before Nathan was taken to a hospital because he was not breathing.

The boy died Saturday at a hospital. Police said Monday they were interviewing witnesses to determine exactly what kind of drugs the boy accessed and how.

The boy’s father, 40-year-old Robert Wylie, was arrested on suspicion of child endangerment. While he was technically released March 30 in the overdose case, WHIO reports, he remained jailed in connection with a December traffic stop in which he was arrested for drug possession. A December report shows that police said they found Wylie with a needle, syringe, heroin and crack cocaine during a traffic stop of his girlfriend, Tina Davis.

A message seeking comment was left Tuesday for his public defender in that case.

Dayton police had previously found drug paraphernalia in the boy’s home, according to WHIO. Police reports indicate that in February last year, another minor who then lived in the home sent a relative a picture of a bag of white powder and a razor blade on a plate. The picture made its way to law enforcement.

“The razor had white residue on the razor’s edge,” a police report from Feb. 8, 2016 said, adding that Montgomery County Children Services was contacted. “Next to the plate was a metal crack pipe with a burnt end along with a cut straw.”

A police officer later found two crack pipes and a capped needle in the home, according to the report.

The February 2016 report indicates Dayton police had arrested Wylie and his girlfriend, Davis, for child endangerment and possession of drug paraphernalia and drug abuse instruments.

Wylie’s December case is pending in court. Court records show he has multiple misdemeanor drug cases dating back to 1998.