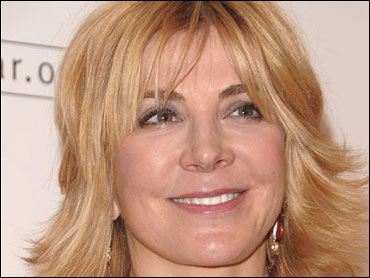 Natasha Richardson, a gifted and precocious heiress to acting royalty whose career highlights included the film "Patty Hearst" and a Tony-winning performance in a stage revival of "Cabaret," died Wednesday at age 45 after suffering a head injury during a beginners' ski lesson.

"Liam Neeson, his sons (Micheal and Daniel), and the entire family are shocked and devastated by the tragic death of their beloved Natasha," the statement said. "They are profoundly grateful for the support, love and prayers of everyone, and ask for privacy during this very difficult time."

The statement did not give details on the cause of death for Richardson, who suffered a head injury when she fell on a beginner's trail during a private ski lesson at the luxury Mont Tremblant ski resort in Quebec. She was hospitalized Tuesday in Montreal and later flown to a hospital in New York.

Members of Richardson's family had gathered at a New York hospital Wednesday to be with Richardson, who was thought to have suffered severe brain damage from the accident.

Richardson was part of the Redgrave dynasty of British actors and the wife of Liam Neeson. She was the elder daughter of Oscar-winning actress Vanessa Redgrave and the late director Tony Richardson.

Vanessa Redgrave arrived in a car with darkened windows and was taken through a garage when she arrived at the Lenox Hill Hospital on Manhattan's Upper East Side about 5 p.m. Wednesday. An hour earlier, Richardson's sister, Joely, arrived alone and was swarmed by the media as she entered through the back of the hospital.

It was a sudden and horrifying loss for her family and friends, for the film and theater communities, for her many fans and for both her native and adoptive countries. Descended from at least three generations of actors, Richardson was a proper Londoner who came to love the noise of New York, an elegant blonde with large, lively eyes, a bright smile and a hearty laugh.

If she never quite attained the acting heights of her Academy Award-winning mother, she still had enjoyed a long and worthy career. As an actress, Richardson was equally adept at passion and restraint, able to portray besieged women both confessional (Tennessee Williams' Blanche DuBois) and confined (the concubine in the futuristic horror of "The Handmaid's Tale").

Like other family members, she divided her time between stage and screen. On Broadway, she won a Tony for her performance as Sally Bowles in a 1998 revival of "Cabaret." She also appeared in New York in a production of Patrick Marber's "Closer" (1999) as well as 2005 revival of Tennessee Williams' "A Streetcar Named Desire," in which she played Blanche opposite John C. Reilly's Stanley Kowalski.

She met Neeson when they made their Broadway debuts in 1993, co-starring in "Anna Christie," Eugene O'Neill's drama about a former prostitute and the sailor who falls in love with her.

"The astonishing Natasha Richardson ... gives what may prove to be the performance of the season as Anna, turning a heroine who has long been portrayed (and reviled) as a whore with a heart of gold into a tough, ruthlessly unsentimental apostle of O'Neill's tragic understanding of life," The New York Times critic Frank Rich wrote. "Miss Richardson, seeming more like a youthful incarnation of her mother, Vanessa Redgrave, than she has before, is riveting from her first entrance through a saloon doorway's ethereal shaft of golden light."

Her most notable film roles came earlier in her career. Richardson played the title character in Paul Schrader's "Patty Hearst," a 1988 biopic about the kidnapped heiress for which the actress became so immersed that even between scenes she wore a blindfold, the better to identify with her real-life counterpart.

"Natasha Richardson ... has been handed a big unwritten role; she feels her way into it, and she fills it," wrote The New Yorker's Pauline Kael. "We feel how alone and paralyzed Patty is - she retreats into being a hidden observer."

Richardson was directed again by Schrader in a 1990 adaptation of Ian McEwan's "The Comfort of Strangers" and, also in 1990, starred in the screen version of Margaret Atwood's "The Handmaid's Tale."

She later co-starred with Neeson in "Nell," with Mia Farrow in "Widow's Peak" and with a pre-teen Lindsay Lohan in a remake of "The Parent Trap." More recent movies, none of them widely seen, included "Wild Child," "Evening" and "Asylum."

She was born in London in 1963, the performing gene inherited not just from her parents (Vanessa Redgrave and director Tony Richardson), but from her maternal grandparents (Michael Redgrave and Rachel Kempson), an aunt (Lynn Redgrave) and an uncle (Corin Redgrave). Her younger sister, Joely Richardson, also joined the family business.

Friends and family members remembered Natasha as an unusually poised child, perhaps forced to grow up early when her father left her mother in the late '60s for Jeanne Moreau. (Tony Richardson died in 1991).

Interviewed by The Associated Press in 2001, Natasha Richardson said she related well to her family if only because, "We've all been through it in one way or another and so we've had to be strong. Also we embrace life. We are not cynical about life."

Richardson always planned to act, apart from one brief childhood moment when she wanted to be a flight attendant - "wonderful irony now since I hate to fly and have to take a pill in order to get on a plane. I'm so terrified."

Her screen debut came at age 4 when she appeared as a flower girl in "The Charge of the Light Brigade," directed by her father, whose movies included "Tom Jones" and "The Entertainer." The show business wand had already tapped her the year before, when she saw her mother in the 1967 film version of the Broadway show "Camelot."

"She was so beautiful. I still look at that movie and I can't believe it. It still makes me cry, the beauty of it. I could go on and on - in that white fur hooded thing, when she comes through the forest for the first time. You've never seen anything so beautiful!" Richardson said.

She studied at London's Central School of Speech and Drama and was an experienced stage actress by her early 20s, appearing in "On the Razzle," "Charley's Aunt" and "The Seagull," for which the London Drama Critics awarded her most promising newcomer.

Although she never shared her mother's fiercely expressed political views, they were close professionally and acted together, most recently on Broadway to play the roles of mother and daughter in a one-night benefit concert version of "A Little Night Music," the Stephen Sondheim-Hugh Wheeler musical.

In January, Richardson and her mother played the roles of mother and daughter in a one-night benefit concert version of "A Little Night Music," the Stephen Sondheim-Hugh Wheeler musical, at Studio 54 in New York.

Before meeting up with Neeson (who called her "Tash") Richardson was married to theater and producer Robert Fox, whose credits include the 1985 staging of "The Seagull" in which his future wife appeared.

She sometimes remarked on the differences between her and her second husband - she from a theatrical dynasty and he from a working-class background in Northern Ireland.

"He's more laid back, happy to see what happens, whereas I'm a doer and I plan ahead," Richardson told The Independent on Sunday newspaper in 2003. "The differences sometimes get in the way but they can be the very things that feed a marriage, too."

She once said that Neeson's serious injury in a 2000 motorcycle accident - he suffered a crushed pelvis after colliding with a deer in upstate New York - had made her really appreciate life.

"I wake up every morning feeling lucky - which is driven by fear, no doubt, since I know it could all go away," she told The Daily Telegraph newspaper in 2003.

Richardson fell Tuesday during a private lesson Monday at the famed Mont Tremblant ski resort. A statement from Mont Tremblant said she fell on a beginners trail and later reported not feeling well.

"She did not show any visible sign of injury but the ski patrol followed strict procedures and brought her back to the bottom of the slope and insisted she should see a doctor," said the statement from the resort, about 80 miles northwest of Montreal.

The ski resort said the instructor and a member of the ski patrol accompanied Richardson to her hotel, where they again recommended she be seen by a doctor. Mont Tremblant spokeswoman Catherine Lacasse said Richardson said she seemed fine at first.

"An hour later she said she didn't feel well. She had a headache, so we sent her to the hospital," Lacasse said. "There were no signs of impact and no blood, nothing."