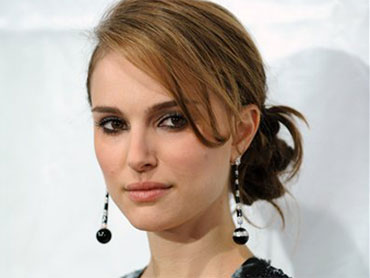 Natalie Portman says she's covering up from now on.

The actress, who played a stripper in "Closer" and appeared nude in the short film "Hotel Chevalier" has said she won't strip down again because she doesn't want the images to appear all over the Internet.

"It really depressed me that half of every review on ["Hotel Chevalier"] was about the nudity. It made me think I shouldn't have done it," she told WENN in a report published Friday.

The actress said she's "not prudish" about nudity - she just doesn't want the focus to be on her assets instead of her acting.

"I think [nudity] is beautiful in films, and sex is such a big part of life," she added. "My issue is that I feel it takes something away from what you're doing when the focus is put on the wrong thing."