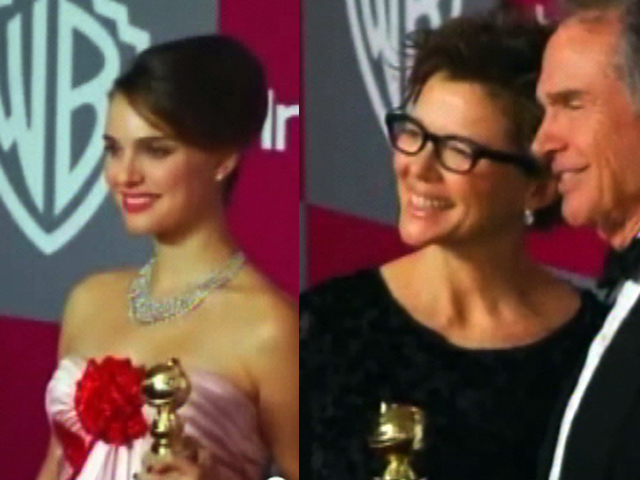 A 5-year-old girl may have a bright future as a weather woman. Aidan Kate Isaacs of Lewisville, Texas grabbed the nearest comb and played news reporter during the first snowstorm of the year.

A Tennessee woman was forced to fight off an intruder with a vacuum cleaner after waiting for 35 minutes for police to arrive.

A 5 ton, 16ft. ancient Egyptian statue arrived this weekend in Cincinnati, Ohio as part of the exhibit, "Cleopatra: The Search for the Last Queen of Egypt." French archaeologists discovered the artifacts buried under centuries of sand and water near Alexandria, Egypt.

From the Queen of Egypt to the Queens of cinema; Sunday's Golden Globes best actress winners, Natalie Portman and Annette Benning, celebrated their wins in style. The two actresses are expected to face-off for the best actress Oscar.