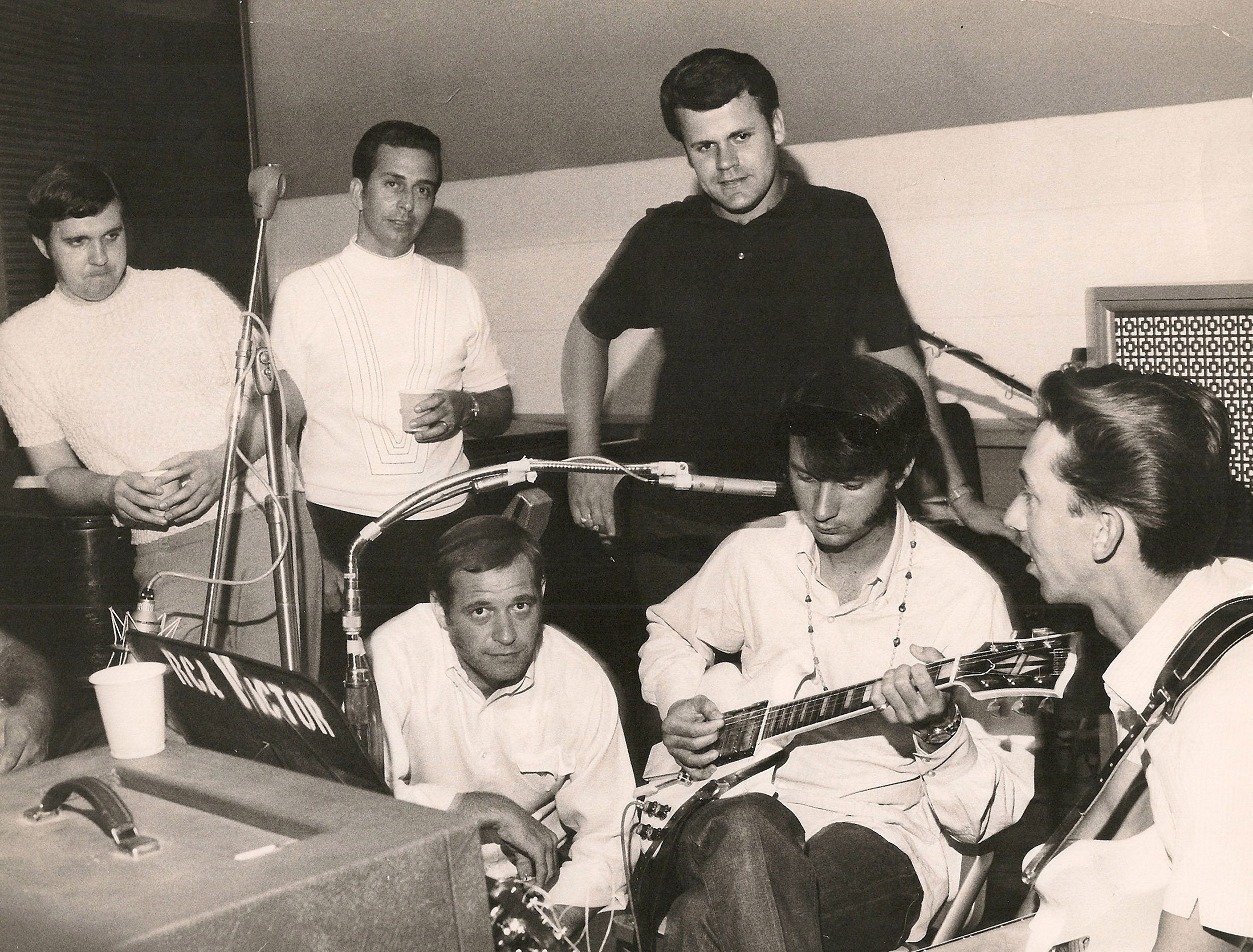 In 1966, folk singer Bob Dylan did something extraordinary when he went to Nashville to record an album. He left his band behind, in order to record with session players known as the Nashville Cats.

Now in their 70s, three of the Cats reflected on their exciting careers, reports CBS News correspondent Anthony Mason.

They're some of Nashville's most legendary musicians. Charlie McCoy played harmonica on George Jones' classic "He Stopped Lovin Her Today," Lloyd Green played pedal steel on Tammy Wynette's "D-I-V-O-R-C-E" and Norbert Putnam played in more than 100 sessions with Elvis.

But in the mid '60s, few knew about the loose group of session musicians who came to be called the Nashville Cats.

They were in the shadows, and Green said that's exactly how they were supposed to be.

"We were sorta like dancers in the chorus line," Putnam said.

"The song and the artist were the picture. We were the frame," McCoy added.

But that began to change in 1965, when McCoy was invited to sit in on a recording session with Dylan in New York.

"And Dylan said, 'I'm gettin' ready to record this song. Why don't you grab that guitar and play along?' and the song was 'Desolation Row,'" McCoy recalled.

Dylan was so impressed, he recorded his next three albums in Nashville.

"Bob Dylan came to Nashville in February 1966, the first album he made was his masterpiece, 'Blonde on Blonde,"' curator Michael Gray said.

Dylan's test pressings are on display at the new exhibition, Dylan, Cash and the Nashville Cats, at the Country Music Hall of Fame. Gray said Dylan was among the first to credit the musicians on his album cover, using artists like McCoy and a young Charlie Daniels.

For Putnam, Dylan's coming to Nashville meant the floodgates were opened. Until then, the rock 'n' roll press had shown little respect for Nashville.

"I read articles: 'cookie cutter records,' 'assembly line music,' 'all business and no art,' you know," McCoy said. "But when Dylan came, it was almost like people said, 'Wait a minute. If he's goin there, there must be somethin."'

That something was the Nashville Cats.

It was a Lovin' Spoonful hit in 1966 that broke them through.

John Sebastian, who wrote the song, said he was just writing about what musicians were talking about.

"Usually referring to these amazing performances: 'Man, did you hear these Nashville Cats play this thing,'" Sebastian said.

A few years later, Cash began broadcasting his TV show from Nashville. Musicians from every genre flocked to Nashville to record.

Lloyd Green would play pedal steel on Paul McCartney's hit, "Sally G." McCoy was in demand for his bass harmonica, which you can see at the exhibit.

Neil Young even came to town and recorded in Putnam's studio.

"And Neil cuts a song called 'Keep me Searching for a Heart of Gold,' the biggest record in the world that year, and so to the face of Nashville to the public and the nation was changing," Putnam said.

He said it was a compliment to everyone in the group to play together.

"You know every time you go to work everybody there is gonna be great," McCoy said.

How to encourage creativity among students