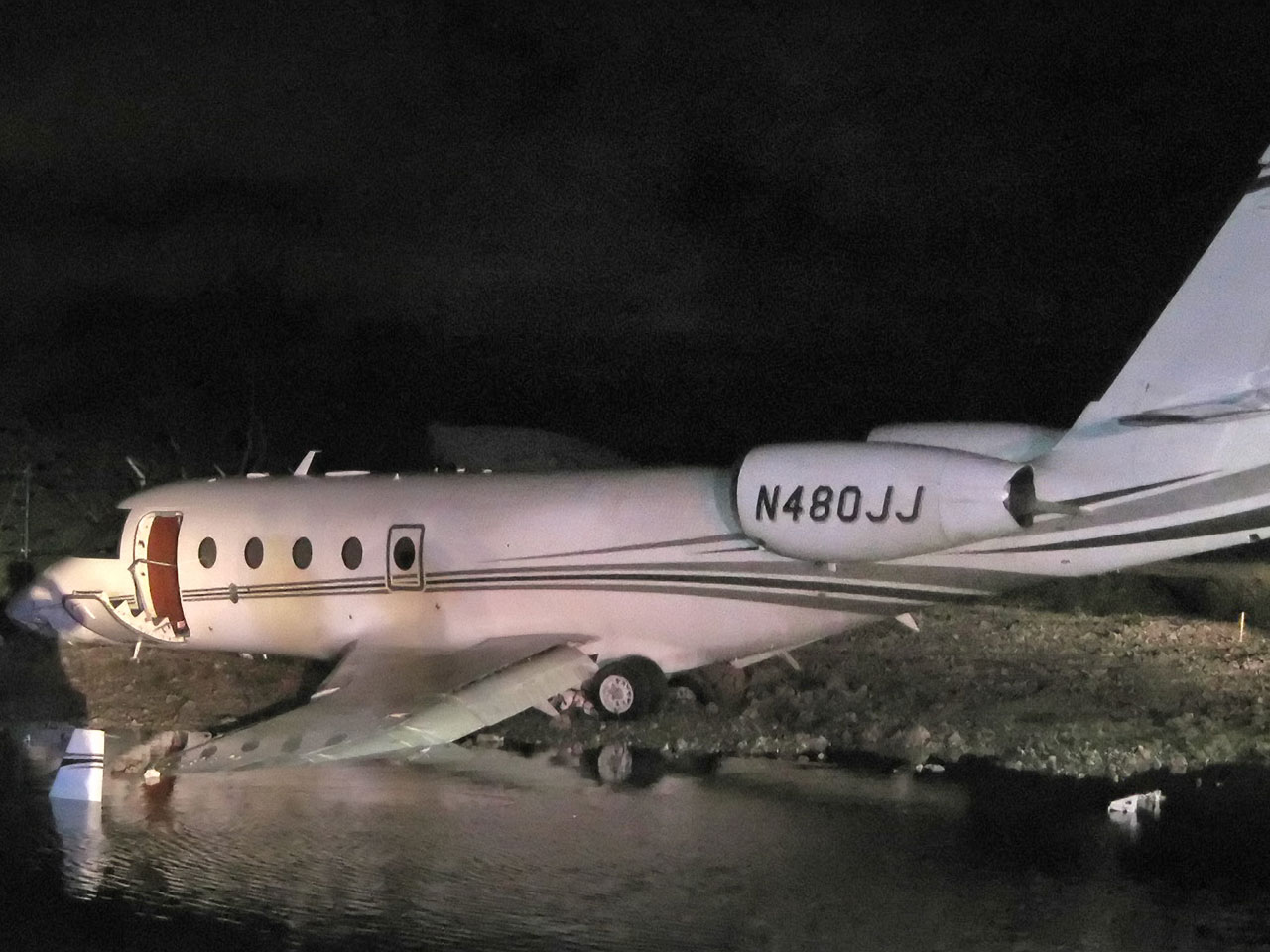 The Gulfstream 150 aircraft ran off the runway at the Key West International Airport Monday at 7:45 p.m. Rick and Linda Hendrick, a pilot and co-pilot were all taken to Lower Keys Medical Centers. The Hendricks had minor injuries and the pilot and co-pilot were taken in as a precaution, said county airport director Peter Horton.

The plane is registered to Jimmie Johnson Racing II Incorporated in Charlotte, N.C. Johnson is a five-time defending NASCAR champion and drives for Hendrick Motorsports, which Rick Hendrick owns.

"It was a real big scare. Very frightening to hear," Earnhardt told reporters in Las Vegas, where he was attending the annual SEMA show, which showcases automotive specialty-equipment. "I'm very glad that he and everybody appears to be OK."

In 2004, a plane Hendrick owned crashed en route to a race in Martinsville, Va., killing all 10 onboard. That included Hendrick's son, Ricky, his brother and twin nieces.

According to the Monroe County Sheriff's Office, the pilot and co-pilot radioed that the plane had no brakes upon landing in Key West. Horton said the plane ran off the runway, and then 100 feet beyond a 600-foot safety area that was finished in May.

"If we hadn't done that, it likely would have been a different story," Horton said of the safety area that is meant as a runway overrun space.

Photographs of the crash show the plane largely intact and with its nose resting on the ground about 20 feet in front of a chain-linked airport boundary fence.

The National Transportation and Safety Board will investigate the cause of the crash.