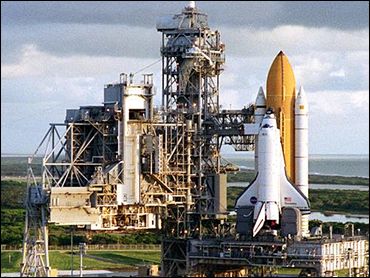 NASA has not launched a space shuttle on time since John Glenn's heralded return to orbit aboard Discovery in October 1998. The missions since then:

Jan. 31, 2000: Endeavour's Earth-mapping mission is delayed by bad weather and computer trouble; the latter problem results in a postponement of more than one week. Damaged wiring had already delayed it four months.