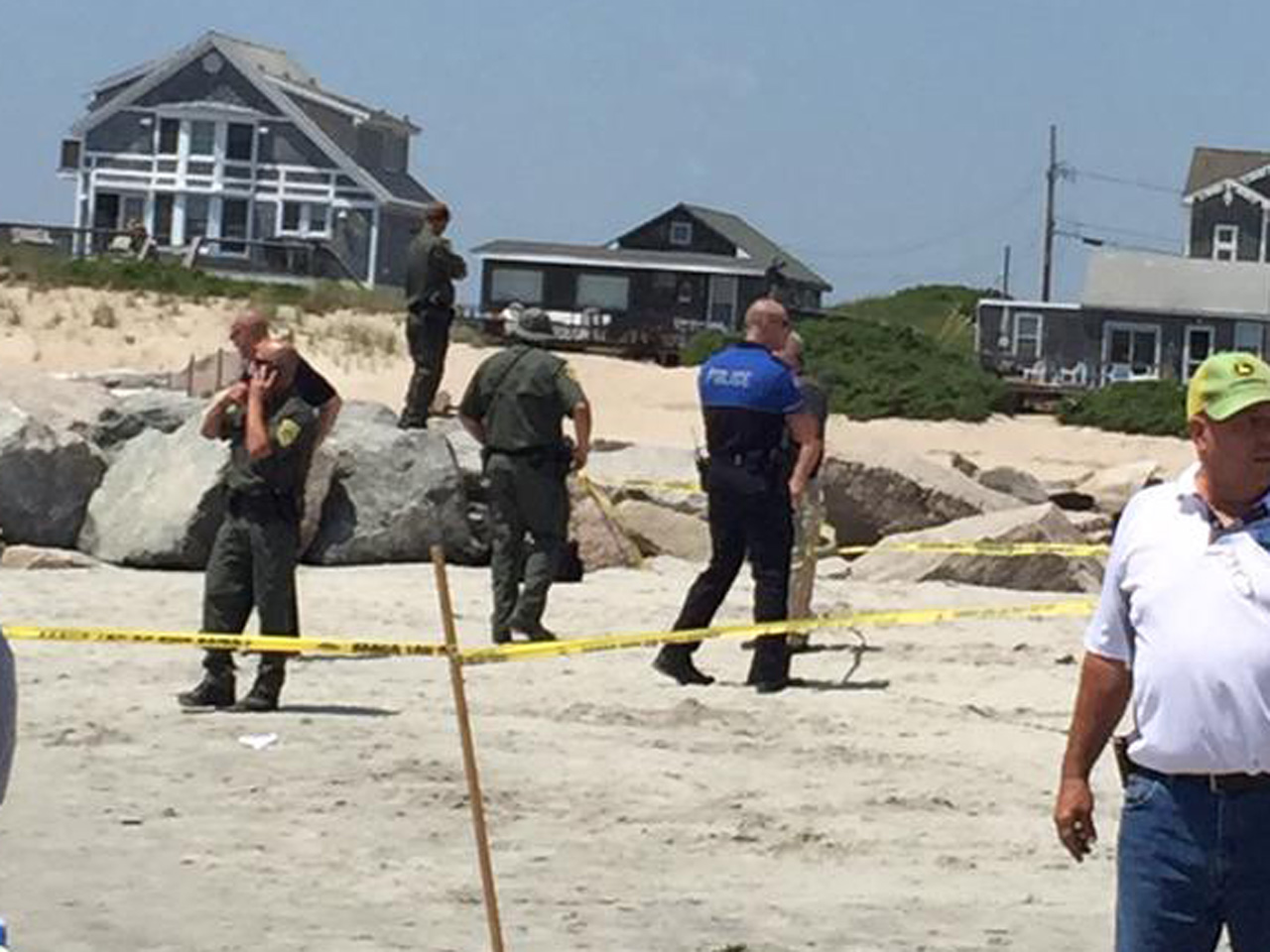 PROVIDENCE, R.I. - Officials are trying to determine what caused a blast that knocked a Rhode Island beachgoer to the ground, but left behind no obvious evidence of an explosive device.

Salty Brine Beach in Narragansett was evacuated late Saturday morning after witnesses reported a possible explosion that knocked a woman into a rock wall.

State Department of Environmental Management spokeswoman Rayne Maguire said the woman was taken to a hospital. Details on her injuries were unclear, but she was reportedly conscious and alert while being removed from the beach, according to CBS affiliate WPRI.

Department Associate Director Larry Mouradjian told the Providence Journal there was no evidence of a device that caused the loud boom.

Mario Lewis of West Greenwich told the paper he heard the boom that knocked over the woman about three feet from him, but saw no debris or smoke.

According to WPRI's Brian Yocono, a witness at the beach reported hearing rumbling or crackling in the sand before the victim was thrown.

According to WPRI, no suspects are currently being sought.