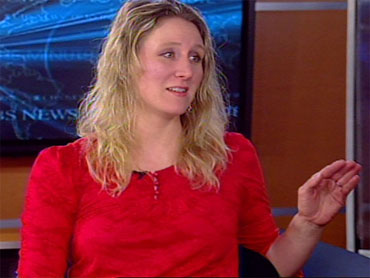 Making sure you and your baby get enough sleep can be a challenge for a new parent. Jessica Hartshorn, Senior Lifestyle Editor for American Baby Magazine gives tips on how to set your baby's naptime schedule and help him/her sleep soundly at night too.

When a baby is a newborn up to three months they are sleeping around the clock, but there are some things you want to be aware of. Put baby down to nap in the same spot he/she sleeps at night. Make sure the room is dar and quiet and avoid having him stay up for more than two hours at a time.

At three months your baby is ready for a schedule. Infants three to six months old usually need to take three to four naps a day and they're ready for their next nap two hours after they wake up. Having your child nap at the same times every day will set his/her internal clock to be sleepy at those moments. Catch your baby's sleep window. Every sleep expert recommends a favorite method to set a sleep routine, unfortunately many will involve some tears. If your baby cries check in at regular intervals of five, ten or 15 minutes. Stand next to the crib without touching the baby and offer encouragement in a soothing voice. If your baby goes off for a nap without a fuss but wakes up after 20 minutes, don't assume the nap is over. You should shoot for a minimum of 45 minutes as a nap goal.

At six to nine months our baby's routine changes. There is a longer span between naps. Instead of two hours between naps, he/she will need three. By nine months old your baby will move to two naps a day instead of three. If the naps aren't going well, you might be letting he/she stay up too late. If you're waiting for your baby to crash on his/her own from exhaustion rather than putting him to bed at a reasonable time, you might be delaying bedtime too much.

When your baby is twelve to twenty-one months old you can begin phasing out the morning nap. Most babies won't need to phase out the morning nap until fifteen to twenty-one months. The transition can be rough and it won't happen overnight. There might be a few months where two naps seem like too may and one isn't enough. Try alternating the nap schedule. Most kids need a nap every day until age three. No naps make for a long day, especially for Moms, so hold on to that afternoon nap as long as you can.