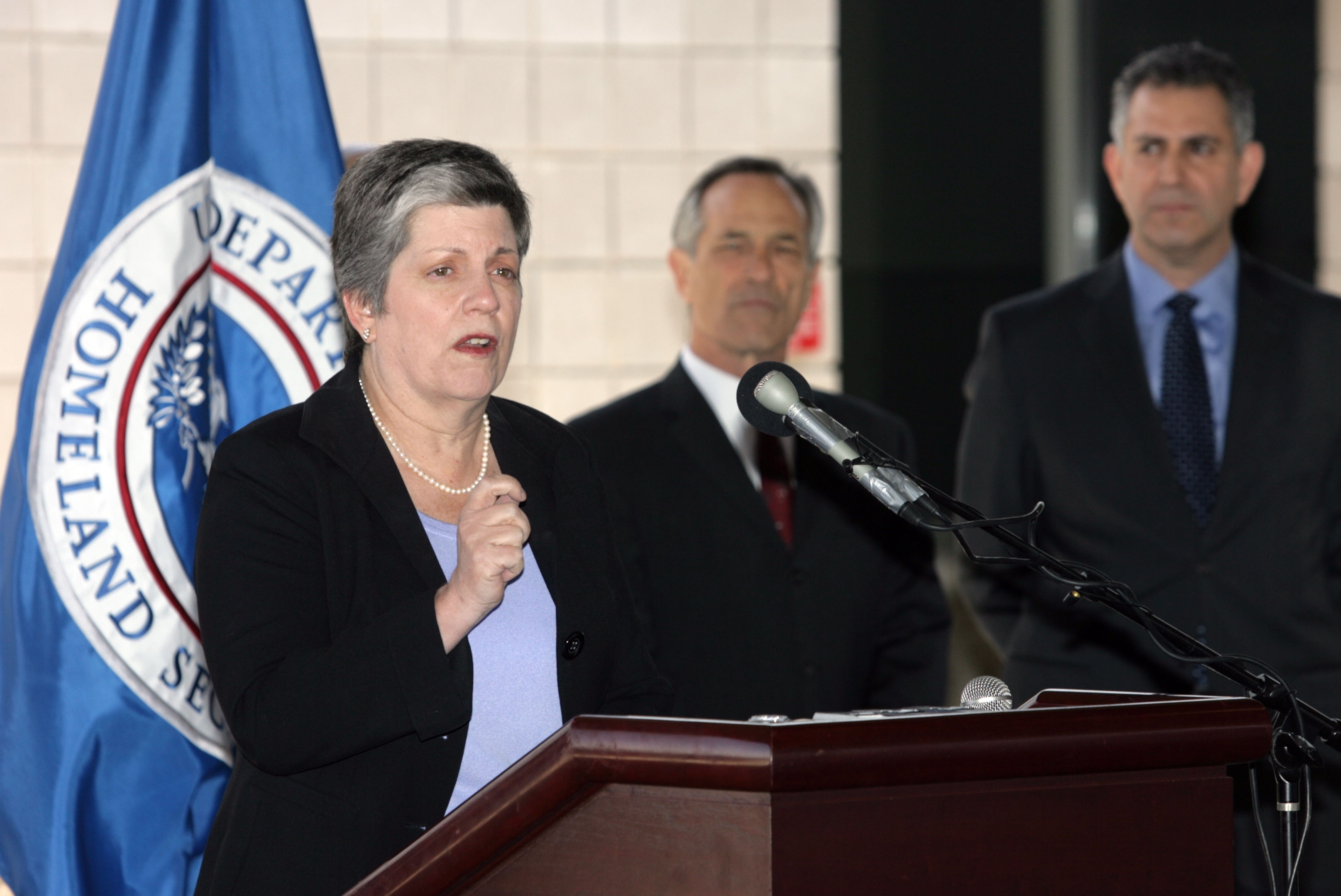 Homeland Security Chief Janet Napolitano visited the U.S.-Mexico border on Thursday to ensure Americans that it's safe to travel and conduct business across the border, but Republicans from the Southwest suggested the Obama administration isn't doing enough to keep the region secure.

Napolitano met with the mayors of El Paso, Nogales, Arizona, and Yuma, Arizona yesterday, along with Under Secretary of Commerce for International Trade Francisco Sanchez and U.S. Customs and Border Protection Commissioner Alan Bersin.

The perception that violent crime in Mexico is spilling across the border is false, Napolitano and other leaders said. Violent crime rates have remained flat or decreased in Southwest border communities, she said.

El Paso has been ranked the safest U.S. city of its size, even though it sits across from Ciudad Juarez, Mexico, which is plagued by drug cartel violence, Mayor John Cook said.

"The lie about border cities being dangerous has been told so many times that people are starting to believe it, but we as border communities have to speak out," Cook sad.

Still, after touring the border in Arizona with other Republican lawmakers, Sen. John McCain (R-Ariz.) said in Tucson Thursday that the administration was making a mistake by withdrawing the National Guard, according to the Star.

"The work that the National Guard has been doing is vital and it needs to be increased rather than decreased," McCain said. "When the secretary of Homeland Security withdraws the National Guard from the border after they've been doing such a good job, we don't know if they are really serious about securing our border."

Other Southwest Republicans also criticized federal efforts at border security while Napolitano was in town. Texas State Sen. Tommy Williams at a news conference on Thursday highlighted an incident last year in which bullets thought to have come from a Juarez shootout hit El Paso's City Hall.

"Napolitano is visiting there today," Williams said, the El Paso Times reports. "I hope she sees some of these bullet holes as I did when I was in El Paso."

Williams unveiled a resolution on Thursday calling for a bipartisan state delegation to go to Washington to meet with the executive branch over border security, as well as for a cost analysis of immigration enforcement needs.