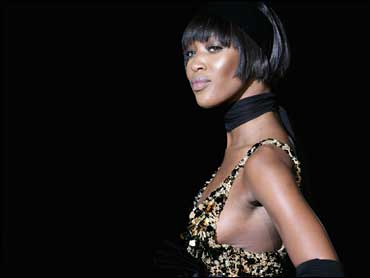 On the runway few can come close or even match the grace and elegance of international supermodel Naomi Campbell. But off the catwalk and in her home she displayed anything but model behavior, according to former housekeeper Gaby Gibson.

Gibson, a native of Romania, says she didn't know who Campbell was when she became her housekeeper in November 2005. But she said she soon learned her employer was someone to fear and almost impossible to please.

"Sometimes I was out of my breath. I didn't know what to expect," Gibson said. "If I didn't have to work for money I would have quit that place after a couple of days."

Gibson asked the agency that placed her there to relocate her, but that never happened. So for two and a half months Gibson says she endured constant insults, verbal and, at one point, physical abuse from Campbell.

But the final straw came when the model lost a pair of designer jeans and, Gibson says, Campbell lost her temper.

"I didn't hear her coming from behind and she charged against my back of the head," Gibson said. "I said, 'Wow, what is this for?'

Gibson quit immediately, and 10 months later filed a lawsuit against Campbell, asking for punitive damages. But Gibson claims she is not motivated by money.

"She has to be stopped," Gibson said. "Everybody is quiet. Everybody say nothing and somehow she is going away with everything and she enjoys it."

A New York Supreme Court judge recently ruled that numerous allegations of abuse by Campbell's former employees could be admitted as evidence. The next time both sides will be in court is October.

Attorneys for Campbell have not returned calls for comment.
By Deborah Garcia, WCBS-TV