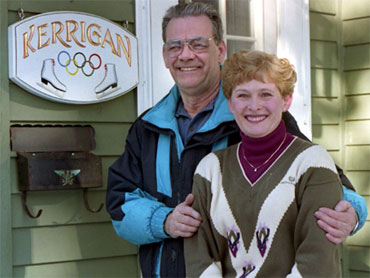 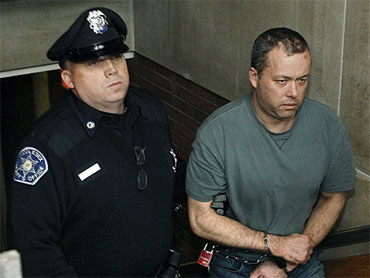 (AP Photo/Greg M. Cooper)
WOBURN, Mass. (CBS) Nancy Kerrigan's brother, Mark Kerrigan, has had a turbulent history with his parents, and was once sued by them for $105,000 in 2008, according to the Boston Herald.

Photo: Daniel and Brenda Kerrigan in 1994.

Kerrigan owed his parents $105,000 they spent paying his mortgage, caring for his dogs, and for old lawyers fees, according to old court papers.

The case was ultimately dismissed.

An unemployed plumber, Mark Kerrigan, 45, was charged with assaulting his 70-year-old father, who died over the weekend after a disturbance at the family's Massachusetts home.

He pleaded not guilty and was ordered held on $10,000 cash bail after his arraignment Monday in Woburn District Court.

A police report said officers responding to a 911 call at 1:30 a.m. Sunday found Daniel Kerrigan lying on the floor unconscious. He was taken to a hospital and pronounced dead. An autopsy was planned.

The report said Mark Kerrigan was found on a couch in the basement of the home in the middle-class Boston suburb of Stoneham and was "belligerent and combative" when questioned. Officers used pepper spray to subdue him and eventually arrested him.

Defense attorney Denise Moore said her client, an Army veteran who had served overseas, was on medication for post-traumatic stress syndrome and was seeing a psychiatrist.