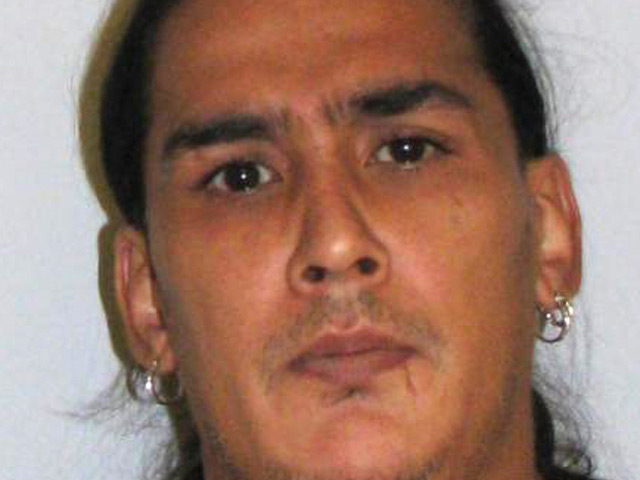 (CBS/AP) PATERSON, N.J.  - A woman found behind a padlocked door inside a New Jersey apartment said the man accused of holding her there for years only locked her in because she asked him to.

"He padlocked the door with my consent," said Nancy Duran, 44, through tears. "He's a good man. He never hit me. He never abused me."

Michael Mendez, 42, is accused of kidnapping Duran. He pleaded not guilty to kidnapping, false imprisonment and drug charges on Tuesday and is being held on $1 million bail.

As he turned to leave the courtroom, Mendez mouthed the words "I love you" to Duran, who was sitting in the gallery.

Duran says that she asked Mendez to padlock the door to the bedroom she was in last Thursday because she was worried about maintenance workers coming into their Paterson, N.J., apartment and seeing her in a nightgown. She said workers had occasionally walked in the apartment before without knocking.

A state police street gang unit searching the apartment for drugs last Thursday found the 44-year-old woman in the locked bedroom. Based on interviews and evidence, investigators believe she was kept in the room for extended periods of time for the last two years and possibly up to 10 years, state police said.

Police say Mendez is a member of the Latin Kings street gang.

Investigators said Duran was only let out of the room when he was home, but she disputed that.

Authorities have described Duran as Mendez's girlfriend. She said they consider themselves husband and wife, though they never got a marriage license. The pair have been together for 14 years, the last 10 at the apartment complex, she said.

"I like being inside. I don't like to go out," she said. "It's not that he was keeping me there. I'm his wife. Why should he keep me in a room for 10 years? How could I be so healthy? I should be dead by now."

The state attorney general's office declined to comment on her statements that she wasn't held against her will.

A neighbor told The Associated Press he saw Duran a few times in recent years, though it was rare. The man, who refused to give his name because of worries over safety, said he remembered seeing the woman get into a car sometime in the last few years.

Other neighbors said they weren't aware that another person was living in the apartment.

Mendez once worked as a roofer but has been on disability for the last several years because of lung problems and bipolar disorder, Duran said. She said at least some of the drugs found in his apartment were prescription medications, though she said she turned over marijuana to the investigators.