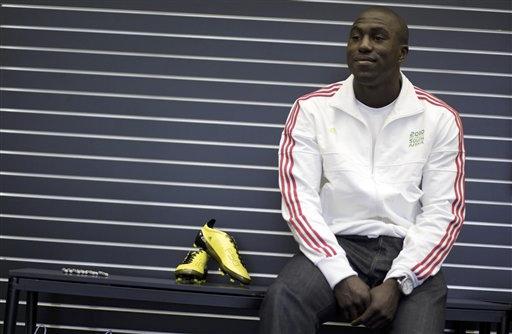 The gloves have come off in the tight election race between two Texas congressmen — and every other article of clothing appears to be fair game as well.

The conservative Republican congressman — who wrote a column condemning Janet Jackson's nude display during her 2004 Super Bowl halftime performance — apparently bared his bottom with about 300 others in a stunt that ended with arrests and a clash with police. Newspapers were filled with nude photos and headlines like: "Dudes, Broads, Bare Bods."

Southwest Texas students were apparently trying to break a streaking record set by another university amid a nationwide college streaking craze.

But the campaign of Democrat Rep. Martin Frost is holding his rival's bare body to the fire.

Sessions' spokesman dismissed the comparison of Sessions' juvenile acts with those of Jackson. But the flap isn't the kind of exposure the four-term Republican wants in the final weeks of a tight race with Frost, a 13-term Democrat.

The two incumbents are battling each other in a Republican-leaning district in the Dallas area. Frost, Texas' senior congressman, lost his district under Republican redistricting last year.

Sessions transferred from Southwest, which is now called Texas State University, to Southwestern University in Georgetown, Texas, where he graduated in 1978.
By Lisa Falkenberg