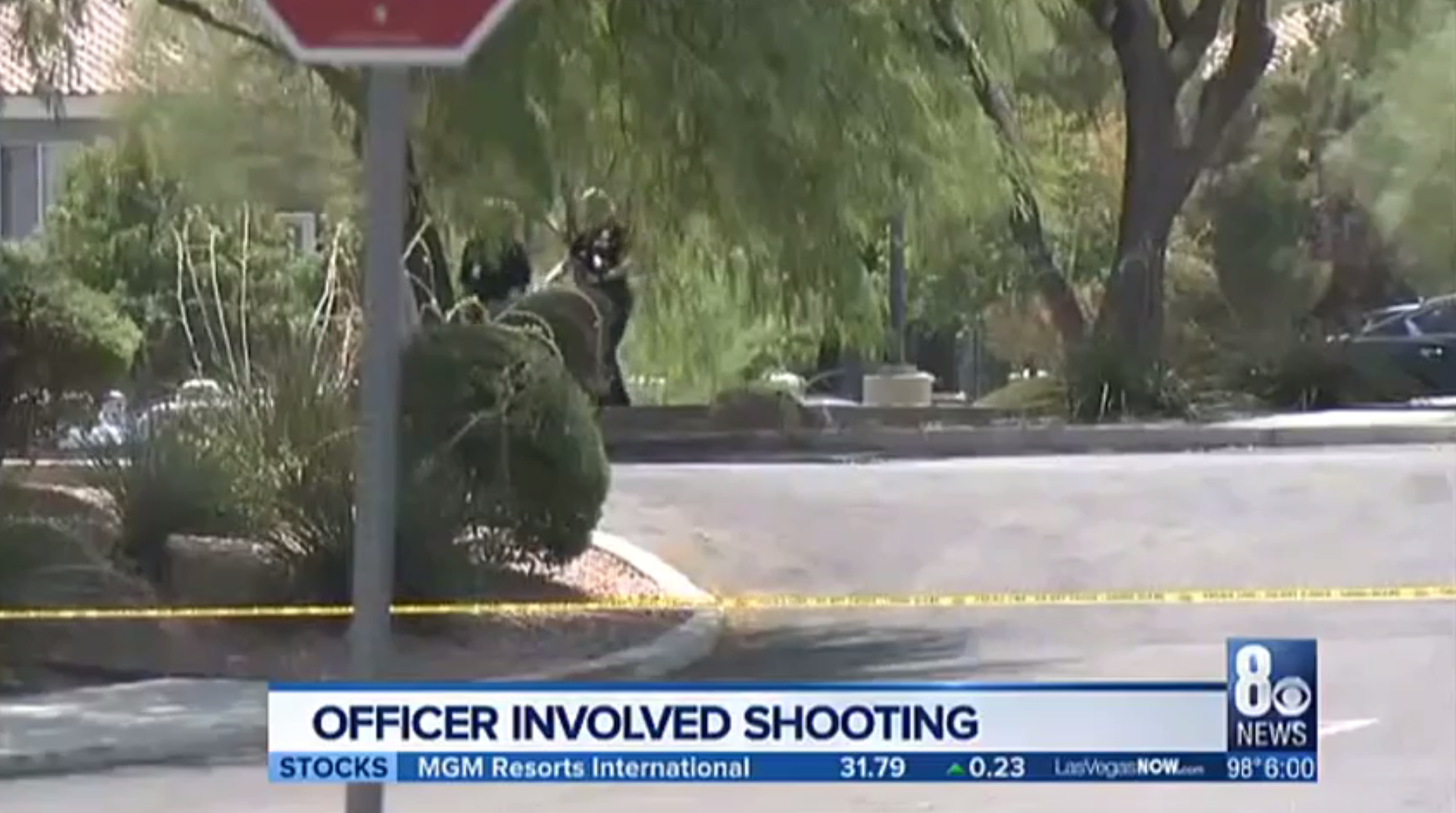 After officers tried to talk to the man, he dropped the gun, according to KLAS.

"However when they were getting ready to take him into custody the male turned and ran back towards the firearm," Sgt. Clark said.

Police released a K9 unit, but it was not effective. One officer fired one round, striking the man, Sgt. Clark said.

The man was then taken to nearby hospital. His condition hasn't been released.

No officers were hurt.

This is the 16th police shooting in Las Vegas so far this year, a sharp increase from the 10 total police shootings in 2016. The shooting Saturday also marks the eighth instance where officers were shot or shot at in the past seven weeks.

On Tuesday, a man in a stolen truck died in a shootout with police, which also left an officer injured.