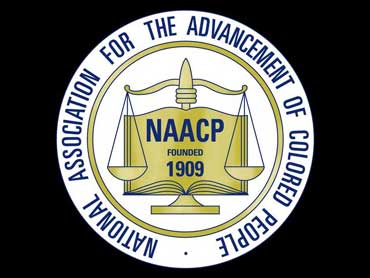 The president of the Dallas NAACP branch has resigned under fire following his suspension for making what the organization called "anti-Semitic" comments about Al Gore's running mate, Sen. Joseph Lieberman, the first Jew named to a major national party ticket.

"I can't support the leadership of the NAACP. Large amounts of money are being given to them by large corporations that I have a problem with," said Lee Alcorn, who said he had been anticipating a break with the NAACP and announced he has formed his own civil rights organization, the Coalition for the Advancement of Civil Rights.

NAACP President Kweisi Mfume suspended Alcorn on Wednesday, saying he found his comments on a Gospel talk show about Lieberman to be "replusive" and "anti-NAACP."

Speaking on a gospel talk radio show on station KHVN on Monday, Alcorn said: "If we get a Jew person, then what I'm wondering is, I mean, what is this movement for, you know? Does it have anything to do with the failed peace talks?"

Alcorn continued, "So I think we need to be very suspicious of any kind of partnerships between the Jews at that kind of level because we know that their interest primarily has to do with money and these kind of things."

Alcorn, who has been disciplined in the past by the NAACP, on Tuesday contended that his comments were "taken pretty much out of context." He said he meant to say in the radio interview that, given the loyalty black voters have shown to Democrats, Gore should have picked a black running mate instead of a Jewish one.

"I strongly condemn those remarks," Mfume told The Dallas Morning News. "I find them to be repulsive, anti-Semitic, anti-NAACP and anti-American. Mr. Alcorn does not speak for the NAACP, its board, its staff or its membership.

"We are proud of our long-standing relationship with the Jewish community," Mfume said, "and I personally will not tolerate statements that run counter to the history and beliefs of the NAACP in that regard."

On Tuesday, Gore made Lieberman, a two-term senator from Connecticut, the first Jew to be a vice presidential candidate.

Mark Briskman, regional director of Anti-Defamation League in Dallas, said his office received numerous calls after the broadcast from other blacks concerned and outraged with Alcorn's statements, including other members of the Dallas NAACP chapter.
"It's intolerable for someone to utter these kinds of words that are bigoted, outrageous and anti-Semitic," Briskman said.

At the White House, where he received the Presidential Medal of Freedom, Jackson said he strongly supported Lieberman's addition to the Democratic ticket.

"When we live our faith, we live under the law. He is a firewall of exemplary behavior," Jackson said.

Alcorn defended his remarks in an interview with the Associated Press, saying his statements were his and not the NAACP's and weren't intended to be "anti-Jewish, but anti-Lieberman."

"I am not excited about Lieberman for those reasons. It has nothing to do with him being Jewish. The vouchers is the number one thing, and he has a real conservative record as we look at his political history," Alcorn said. "I don't see where he has been a champion for African-American concerns."

Lieberman, a second-term senator from Connecticut, has advocated some test use of vouchers to allow poor children to attend private school.

Alcorn said people need to interpret his statements as they sounded, and they reflected "something that is generally known about Jews."

It isn't the first time Alcorn, a Grand Prairie resident who has led the NAACP branch since 1994, has clashed with NAACP officials. The national NAACP has suspended Alcorn three times in his five years as Dallas president, starting with a 45-day penalty in 1997 for leading protests outside the home of Dallas Mayor Ron Kirk.

He was also suspended for six months starting in July 1999 for helping to create a legal, nonprofit corporation called the Dallas NAACP Inc. The national organization said Alcorn had done nothing illegal, but his help in forming the company threatened the national civil rights group's name. Also, the Dallas organization was unaffiliated with the national group despite its name.