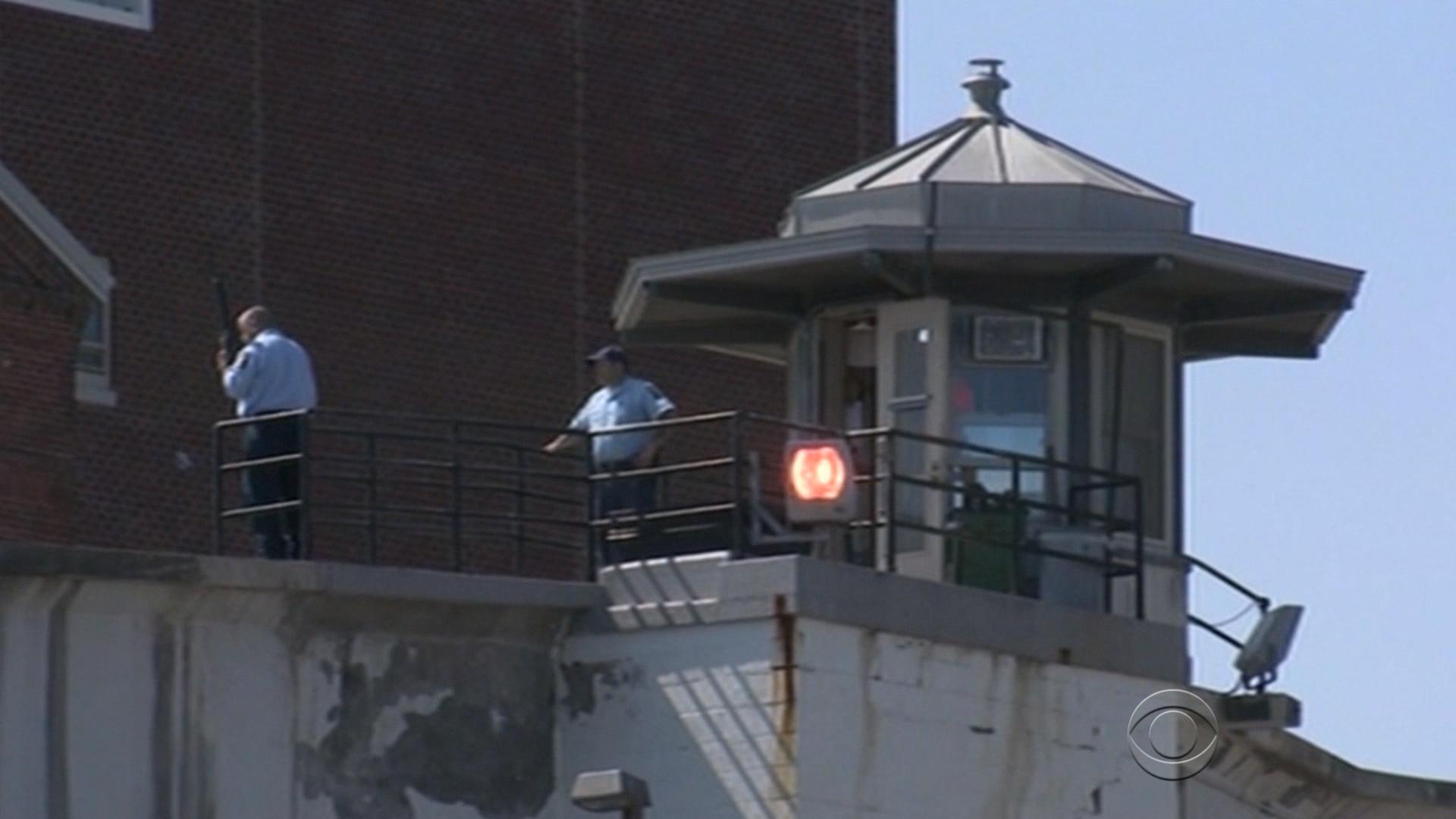 The two men who escaped from an upstate New York prison last Saturday had enlisted help to get away, but that plan apparently collapsed at the last minute.

A law enforcement source told CBS News senior investigative producer Pat Milton that a female prison worker who was being questioned in connection to the escape of David Sweat and Richard Matt last Saturday was allegedly supposed to pick up the two inmates when they broke out, but she didn't show up.

Instead, the source said, she allegedly went to the hospital apparently suffering from a panic attack.

The source told CBS News that after the woman got out of the hospital she allegedly went to authorities and told them of her alleged involvement in the escape plans. She has since given good information to authorities. But she did not know the entire game plan or second option when she didn't show up to drive them away. The source said she is also believed to have assisted in some way with allegedly acquiring the tools used to escape.

CBS News has previously reported that investigators are looking into the alleged role prison employee Joyce Mitchell, 51, played in the escape. Mitchell is an industrial training supervisor who works at Clinton Correctional Facility in Dannemora, N.Y., teaching tailoring to inmates. Mitchell has not been named as a suspect.

Sweat, 34, and Matt, 48, were reportedly held in an "honor block," allowing them to spend more time out of their cells and in a shop where they had access to tools.

Another law enforcement source told CBS News that calls were made from Mitchell's cell phone to possible contacts of the escaped inmates. It was not clear who actually made the calls, however.

Officials have been focusing their search in upstate New York, on Willsboro, close to Lake Champlain, and about 40 miles away from the prison, after residents reported seeing a couple of men walking on a road late Monday during a driving rainstorm.

Authorities have fielded hundreds of tips since the breakout Saturday from the prison, which is about 20 miles from the Canadian border, but appeared to have focused most on Willsboro.

New York Gov. Andrew Cuomo said at a press conference Wednesday afternoon, that Matt and Sweat could possibly have made their way into Vermont, so authorities from both states have been coordinating in their search efforts for the inmates.

"We need to find these escapees," said Cuomo. "They are dangerous men. They are killers, they are murderers. There's no reason to believe they wouldn't do it again. They're going to be more desperate than ever. So we're doing everything we can.

"It's a top priority to find them and bring them back," he continued. "If they are headed to Vermont...Vermont is engaged and Vermont is mobilized and we're working hand-in-glove."

Officials have also questioned his estranged son, Nick Harris, 23, who lives in Tonawanda, N.Y., near Buffalo, according to CBS News affiliate WIVB.