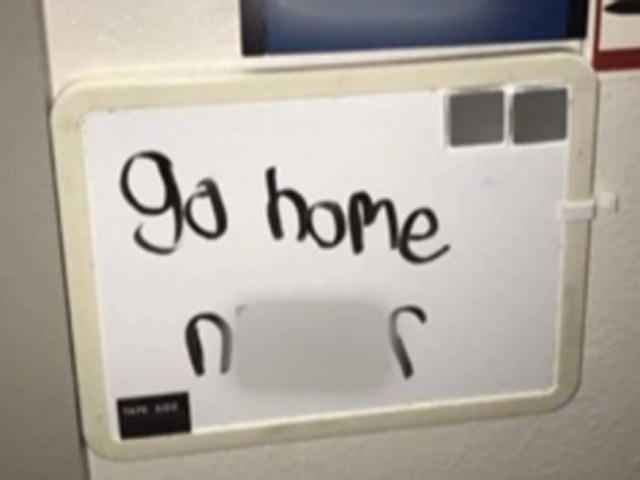 Officials reiterated there is no place for racism in the Air Force.

"If you're outraged by those words, then you're in the right place," said Lt. Gen. Jay Silveria, superintendent of the Academy. "That kind of behavior has no place at the Prep School, at USAFA, and in the United States."

A photo shared on Facebook shows a dry erase board with the words, "go home n-word" written on a dorm for cadet candidates at the Prep School.

"You should be outraged as an airman and as a human being," the superintendent said.

Lt. Gen. Silveria spoke to faculty, staff, and thousands of cadets at the Academy during lunch. Some were learning about the use of the racial slur for the first time. He acknowledged that no place will ever be completely free of racism.

"I would be naive and we would all be naive to think that everything is perfect here," said Silveria.

He called on everyone to celebrate their unique backgrounds that make them stronger together.

The Prep School is a 10-month program that helps cadet candidates enter into the Academy.

Silveria says that better idea is the unity they can all show as cadets and members of the Air Force.

Silveria didn't repeat what was written but made it clear his words were directed to those who wrote on the dorm message boards.

"No one can write on a board and question our values," he said. "No one can take that away from us."

The Academy says the 10th Security Forces Squadron is investigating the matter and no one can comment any further at this time.

The strong message sent by the superintendent was a combination of highlighting the diversity at the Academy but also stating to everyone in attendance that intolerance won't be accepted. He told everyone in the room to take out their cell phones and record part of his speech so they can keep with them the expectations of the Academy on this issue.