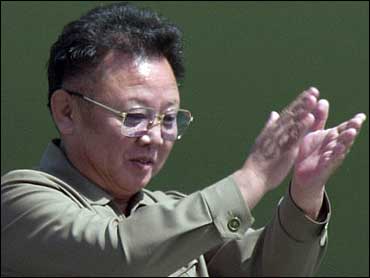 North Korea on Friday told a visiting U.S. congressional delegation that it would not only return to six-party nuclear talks but also treat the United States as a "friend" if Washington doesn't slander the rule of totalitarian leader Kim Jong Il.

The unexpected overture came shortly after a bipartisan congressional delegation concluded talks with senior communist officials in Pyongyang. The U.S. leaders called the trip an "overwhelming success" and said in Seoul that North Korea appeared ready to negotiate within weeks.

"Our unanimous impression is that the DPRK is ready to rejoin the six-party process," said Rep. Curt Weldon, vice chairman of the House Armed Services Committee, using the acronym for the North's official name, Democratic People's Republic of Korea.

The North's official news agency said the communist state told American lawmakers it "would not stand against the U.S. but respect and treat it as a friend" unless the United States "slanders" the North or "interferes" in its internal affairs, KCNA said.

The United States, North and South Korea, China, Japan and Russia have struggled to arrange a new round of talks aimed at persuading the North to abandon its nuclear weapons programs. The three prior rounds, hosted by China since 2003, made no breakthroughs. The last round was held in June.

North Korea told the American lawmakers that "the DPRK would opt for finding a final solution to all the outstanding issues between the two countries, to say nothing of the resumption of the six-party talks and the nuclear issue," if what the delegation said really was U.S. policy, KCNA said.

Friday's gesture, although attached with conditions, was highly unusual, coming after months of harsh anti-American rhetoric.

Weldon, R-Pa., said the focus of the delegation of six American lawmakers was to get the six-party talks moving again and assure the North that Washington wished it "no ill will, to reinforce the fact of what our president has said, that we do not wish to have a regime change, that we will not preemptively attack the North, but we do need to resolve the nuclear issue."

"I am convinced, as are all my colleagues, that if in fact we move along the process that we are moving today, the six-party talks can and will resume in a matter of weeks, as opposed to months or years," said Weldon, who spoke on behalf of his delegation.

KCNA said North Korea has decided to resume the six-way talks after closely following what a policy the second Bush administration would shape.

"And they are looking to see if any other comments would come out of Washington that would be negative or that would cast a negative aspect or negative feeling about the DPRK and its leaders," Weldon said.

North Korea has cited a "hostile" U.S. policy as the key stumbling block to ending the two-year nuclear standoff and demanded Washington provide a nonaggression treaty and compensation in return for ending its nuclear programs. Weldon's group urged North Korea to meet the U.S. demand for a "total and complete" removal of its nuclear programs.

The congressional trip came amid rising hopes that the nuclear talks could resume after Bush's inauguration.

Besides the Weldon delegation, one led by Rep. Tom Lantos, the top Democrat on the U.S. House International Relations Committee, recently met with senior North Korean officials in Pyongyang.

Washington has reportedly decided to remove one of its harshest critics of Pyongyang's totalitarian regime, Undersecretary of State John Bolton, from the next administration.

Bolton took a vehement stand against North Korean leader Kim. His removal was expected to appease Pyongyang, which has called him "human scum" and refused to accept him as a dialogue partner.