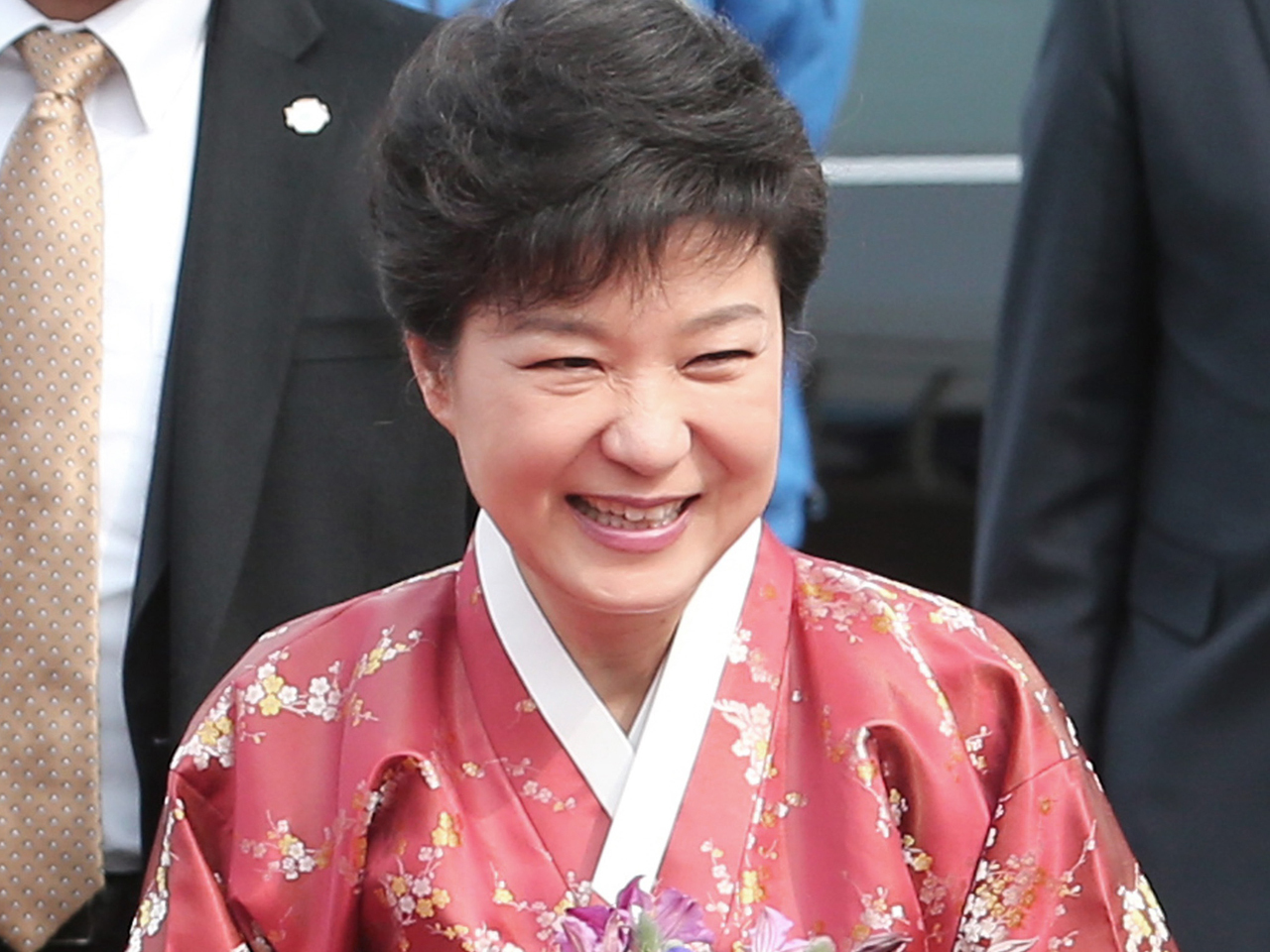 But despite that swipe, and a continuing torrent of rhetoric from Pyongyang threatening nuclear war and other mayhem, President Park Geun-hye is sticking by her campaign vow to reach out to North Korea's young leader, Kim Jong Un, and to send the country much-needed humanitarian aid.

Public frustration with the last five years of North-South relations, which saw North Korean nuclear tests, long-range rocket launches and attacks that left dozens of South Koreans dead, is a big part of the reason Park is trying to build trust with Pyongyang, even as she and South Korea's military promise to respond forcefully to any possible attack from the North.

In recent days, North Korea has vowed "merciless" retaliation and said it will no longer abide by the armistice that ended the Korean War. Pyongyang is angry about ongoing U.S.-South Korean military drills and about new U.N. sanctions, issued over the North's December long-range rocket launch, which the U.N. called a cover for a banned missile test, and its third underground nuclear explosion, conducted Feb. 12.

On Wednesday, an unidentified spokesman for the North Korean National Defense Commission's armed forces ministry repeated those threats while decrying South Korea's own recent rhetoric, including a warning from Seoul that North Korea's government will "evaporate from the face of the Earth" if it ever uses a nuclear weapon.

"This frenzy kicked up by the South Korean warmongers is in no way irrelevant with the venomous swish of skirt made by the one who again occupies" the presidential Blue House, the North Korean spokesman said in a statement. It was the first government criticism of Park to be reported by major North Korean media since her Dec. 19 election.

Park, the daughter of late South Korean dictator President Park Chung-hee, took office Feb. 25. She lived in the Blue House as a girl and, starting from age 22, served for five years as her father's first lady after a gunman claiming orders from North Korea killed her mother in a botched attack targeting Park Chung-hee.

The term "swish of skirt" is often used in Korean to describe women acting in a way seen as overly aggressive, such as housewives trying to micromanage all aspects of their children's educations.

Moon Mee-kyung, an analyst at the government-affiliated Korean Women's Development Institute in Seoul, called the North's use of the term an insult against South Korea and all women.

"We don't say a `swish of pants' when describing men. The term disparages women as a group," she said.

North Korea, which is a strongly male-dominated society, has a history of making sexist comments about powerful women, including Park.

Before she became president, a poem carried by the government Uriminzokkiri website described Park as a "dirty prostitute" and a "yushin prostitute" who pulls up her skirts in front of the United States. Park's father proclaimed what he called a "yushin," or renewal, constitution in 1972 to prolong his dictatorship.

But North Korea has not limited its attacks to women. It repeatedly referred to Park's male predecessor, Lee Myung-bak, as a "rat."

Its recent bellicose rhetoric is seen by outsiders as an attempt to boost loyalty for Kim Jong Un and to win aid from Seoul and Washington. But South Korea had been poised to provide aid before the recent rise in tensions.

As president, Lee infuriated North Korea by linking aid and concessions to what turned out to be nonexistent progress on North Korea's past commitments to abandon its atomic weapons ambitions. In doing so, he reversed past liberal governments' policy of providing huge aid shipments with few strings attached.

Like Lee, Park is a member of South Korea's main conservative party, but she has promised to find a middle ground by re-engaging Pyongyang through aid shipments, reconciliation talks and the resumption of some large-scale economic initiatives as progress occurs on the nuclear issue. Park has also held out the possibility of a summit with Kim Jong Un.

Yoo said South Korea won't accept North Korea's nuclear development or any provocations and called for a dialogue between the countries to improve strained ties.

The Unification Ministry said Wednesday that South Korea has yet to discuss when to start making shipments, what aid items might be sent and how much it will send.