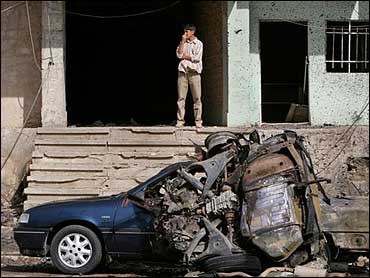 Stackhouse had been suspended since his arrest on March 10, less than two weeks after Northern Iowa's 9-18 season ended.

Stackhouse, a junior college transfer, averaged 16.4 points a game for the Panthers.

Stackhouse, 22, of Chicago, was convicted Wednesday of possession of marijuana with the intent to deliver and failure to affix a drug tax stamp. Both crimes carry a possible five years in prison. Sentencing is scheduled Dec. 1.

"We had hoped for Sean's return," coach Sam Weaver said in a statement Thursday. "But due to his present status and the court's decision, we have no choice but to remove him from scholarship and dismiss him from the team."

"I personally feel that Sean is a good young man who made a terrible mistake," Weaver said. "He has two supportive parents who will help him through this. I hope he can recover from this sometime and will be able to go on to a productive life."

Berra, Steinbrenner Feud Is Over

Stackhouse was arrested after a raid on a Cedar Falls home, where he was found with packages of marijuana. A plastic bag with traces of marijuana also was found in his dormitory room on campus.

Police searched the home after intercepting a package believed to contain marijuana that had been mailed there from New Mexico.