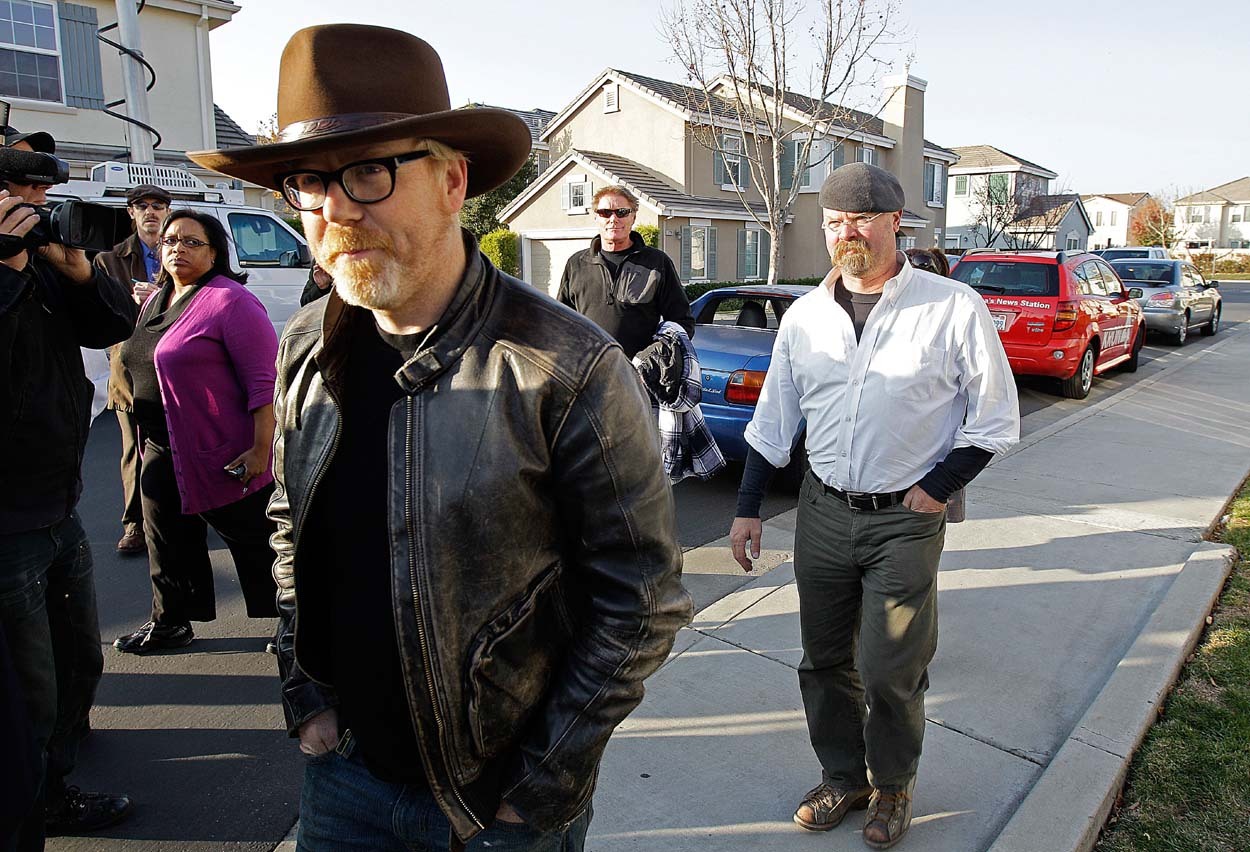 (CBS) The hosts of Discovery Channel's "MythBusters" apologized after a 30-pound cannonball filmed for their show misfired and accidentally blasted two homes and a parked minivan in Dublin, Calif., on Tuesday.

Hosts Jamie Hyneman and Adam Savage weren't at the Alameda County bomb ordnance range when the incident took place. But on Wednesday, they personally visited the families affected by the accident to apologize.

Describing the accident as the worst thing to happen during the eight years "MythBusters" has been on the air, Savage told The San Francisco Chronicle, "It's a wake-up call."

He added, "Honestly, the feeling of embarrassment is not something we're indulging in right now. We feel for the families and the people affected by this."

Savage addressed the situation on Twitter, noting, "It's true, a cannonball got away from a Mythbusters experiment in Dublin, CA. Nobody hurt thank goodness. Jamie and I toured the damage."

After the visit, Savage wrote, "Now it's back to SF, to meet and discuss how to keep this from ever happening again. Very intense. We're SUPER relieved no one was hurt."

He also cleared up any rumors about "MythBusters" getting canceled. "We're still in production," he wrote.