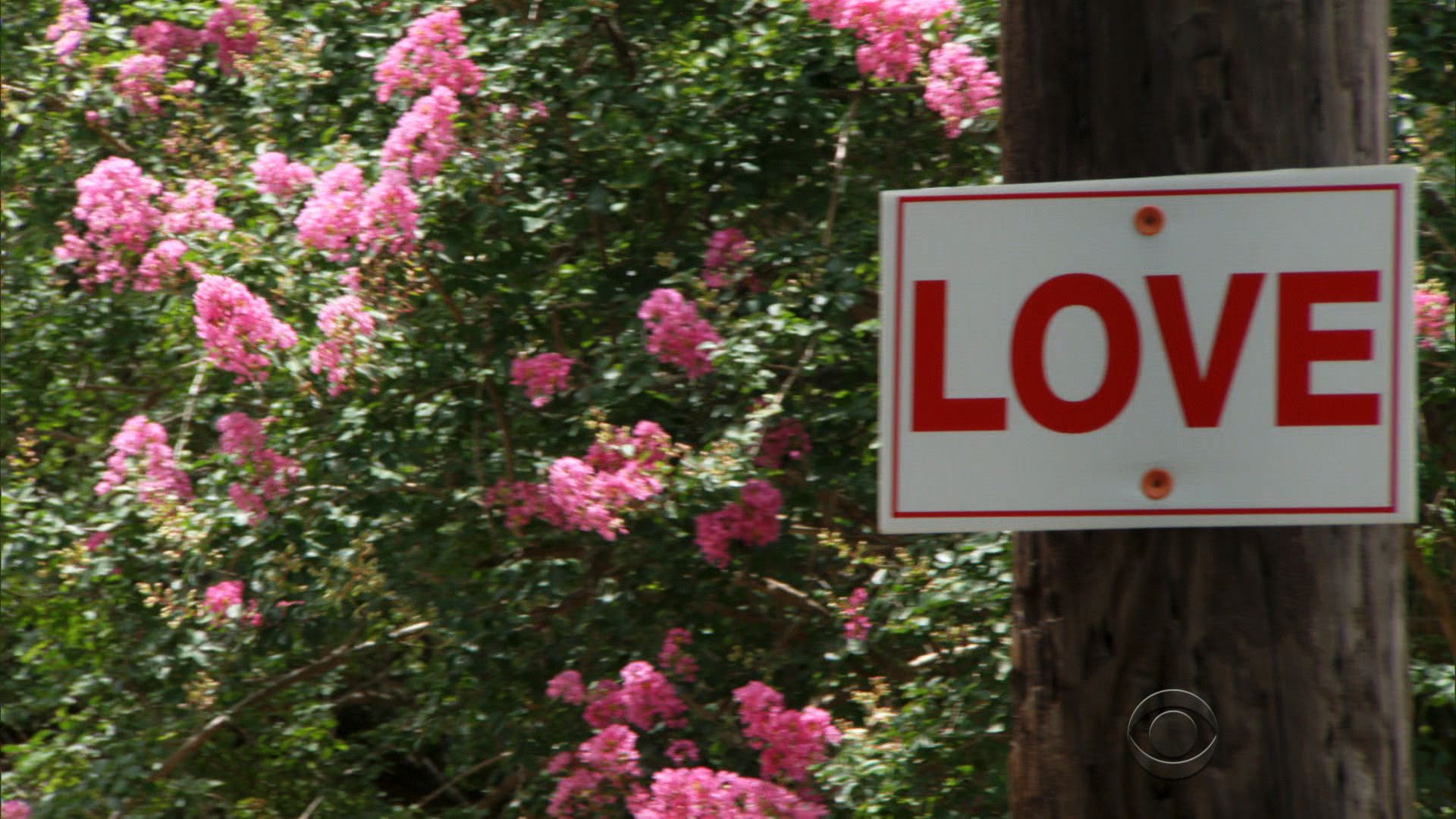 NEW ORLEANS, La. - In this city, like any city in America, there are thousands of signs constantly trying to push you away, pull you in, or simply fatten you up.

But we found one sign here that has no agenda...no agenda at all.

This sign, and hundreds like it, have been popping up on utility poles all over the city.

On the local news they've been trying to figure who put them up, and why.

"What does it mean?" one reporter asked.

Some wondered if it was part of an ad campaign -- or promotion for an upcoming Prince concert. But, as we learned, the truth is as simple as the sign.

"I kind of think of it like a social experiment," said one of the two guys behind the signs, who choose to remain anonymous. The two told CBS News they just wanted to find out if seeing the word more, would make people feel the word more.

To test the belief, they have plotted the signs on a map and will later cross-reference the locations with crime statistics. A naive hypothesis, yes, but still really sweet.

The two men are both unemployed. They got the money for the signs when one of them fell into a small inheritance and decided to share the love. And whether or not it works on the city as a whole, they say it's already worked on at least two people.

"It has. You read it enough and you try to get it out there and it does wear off. It's had a great effect on both of our attitudes and psyches."

And if you're smiling right now, maybe they are onto something.