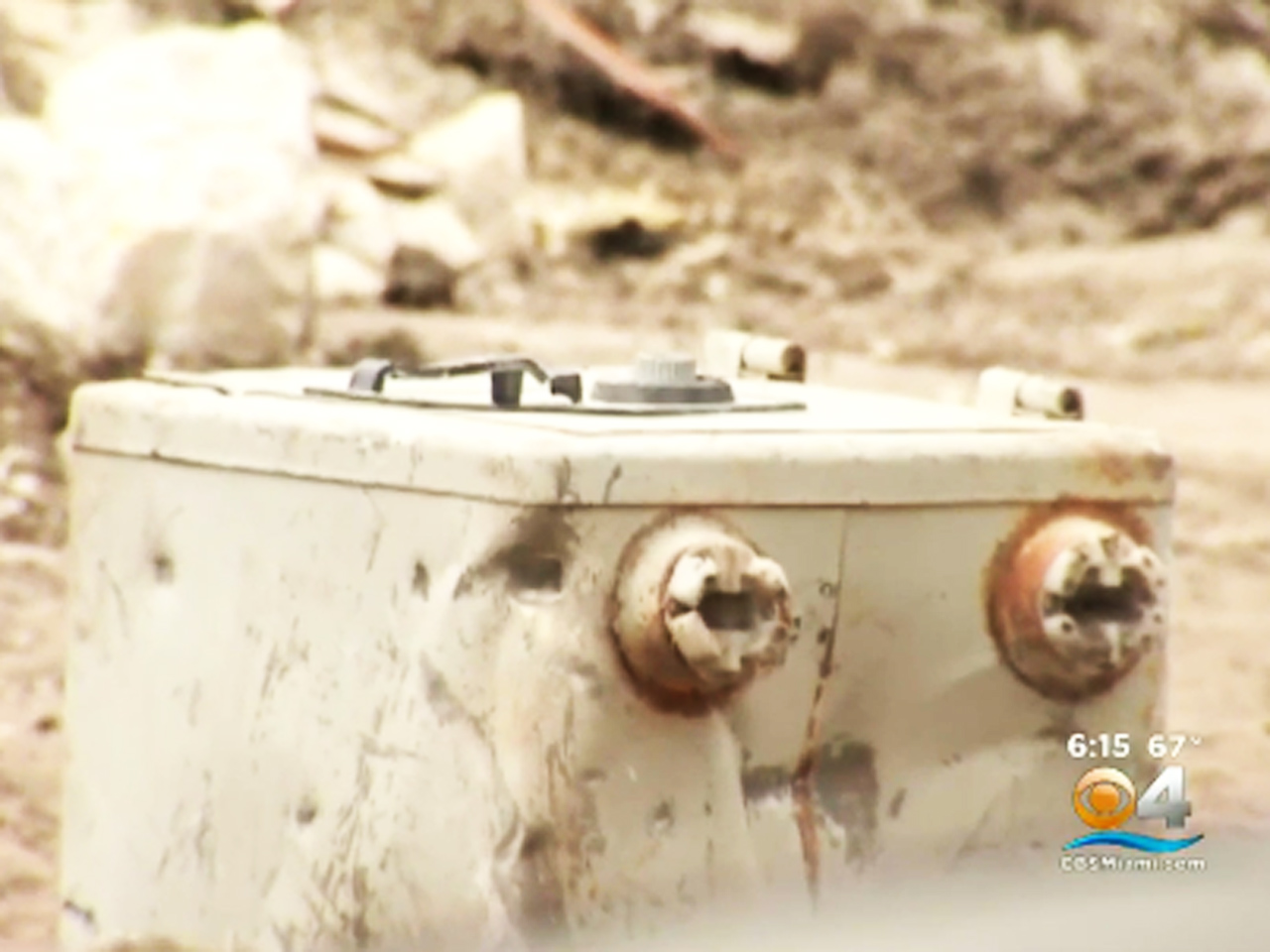 MIAMI -- A second safe has been found on the Miami Beach property where the mansion of the late notorious Colombian drug kingpin Pablo Escobar once stood, reports CBS Miami. The big question is -- what's inside?

The mansion is believed to have been used as a stash house for cash.

While he was using an excavator, construction worker Miguel Mato found the safe hidden in the concrete foundation, in the last wall to be knocked down.

The combination-locked safe is two feet by two feet and weighs hundreds of pounds.

He said it was hidden -- not visible from underneath or ground level.

At the time, Berdouare, who founded Chicken Kitchen, and his wife, Jennifer Valoppi, said a floor safe, which was seen by men they hired to do some work on the property, had vanished.

This time, they're not taking any chances. They had the latest safe strapped to a flatbed truck and towed to a secure location, where they intend to have it cracked open Tuesday.

They're legally entitled to all its contents, CBS Miami says.

Escobar, nicknamed "El Patrón" -- The Boss -- bought the property in March 1980 for $762,500, according to Miami-Dade County public records. The name Pablo Escobar is listed in a document transferring ownership of the property.

The U.S. government seized the property in 1987 and in 1990, it was acquired by a private owner. The mansion had four bedrooms, six bathrooms, a pool and garage. It sat vacant for years after it was heavily damaged by a fire.

While it's unclear whether Escobar ever spent any time in Miami Beach, his men likely used the property as a hideout and landing point for tons of cocaine.

Holes punched in the walls indicate that someone may have been searching for valuable objects left behind by the drug traffickers, according to the men hired by the couple to go through the home to look for traces from Escobar's days.

While indicted numerous times, Escobar was never extradited from Colombia. In 1993, he was hunted down in a jungle and killed by the Colombian army.