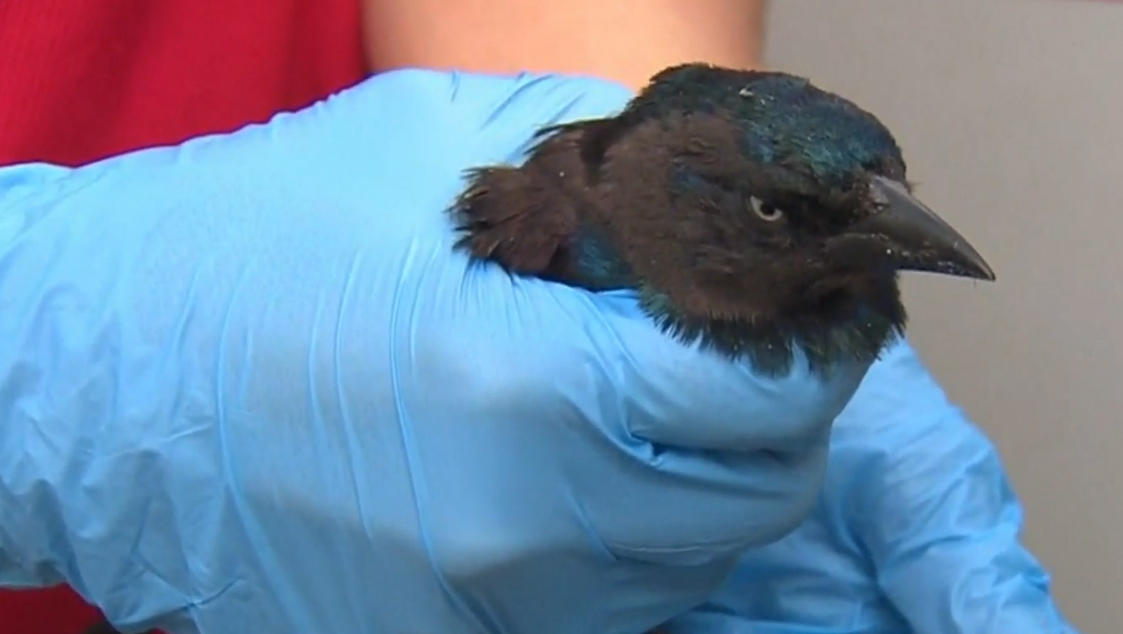 DORCHESTER, Mass. — Health and environmental officials are investigating why an estimated 40 birds fell from the sky in Dorchester, reports CBS affiliate WBZ in Boston.

The bizarre occurrence took place Thursday morning on Bakersfield Street. The city’s Inspectional Services says that grackles were the only type of birds that apparently became sick. As many as 40 birds were found dead, while others were lethargic.

“I tried to move them a little bit, and it just seemed like they were on one side, and you put them on their feet and they just fell,” said Dorchester resident Shelora Levaud. “It was almost like one side was paralyzed.”

The Animal Rescue League of Boston and Inspectional Services are working to determine what caused their illness.

“We’re not sure what’s going on, if it’s an environmental toxin, or it’s some disease that’s being spread around the birds,” said Danielle Genter of the Animal Rescue League.

There was no initial signs of people feeding the birds. However, investigators are looking at the possibility of the birds ingesting a chemical agent known as avitrol, which is commonly used to remove pests.