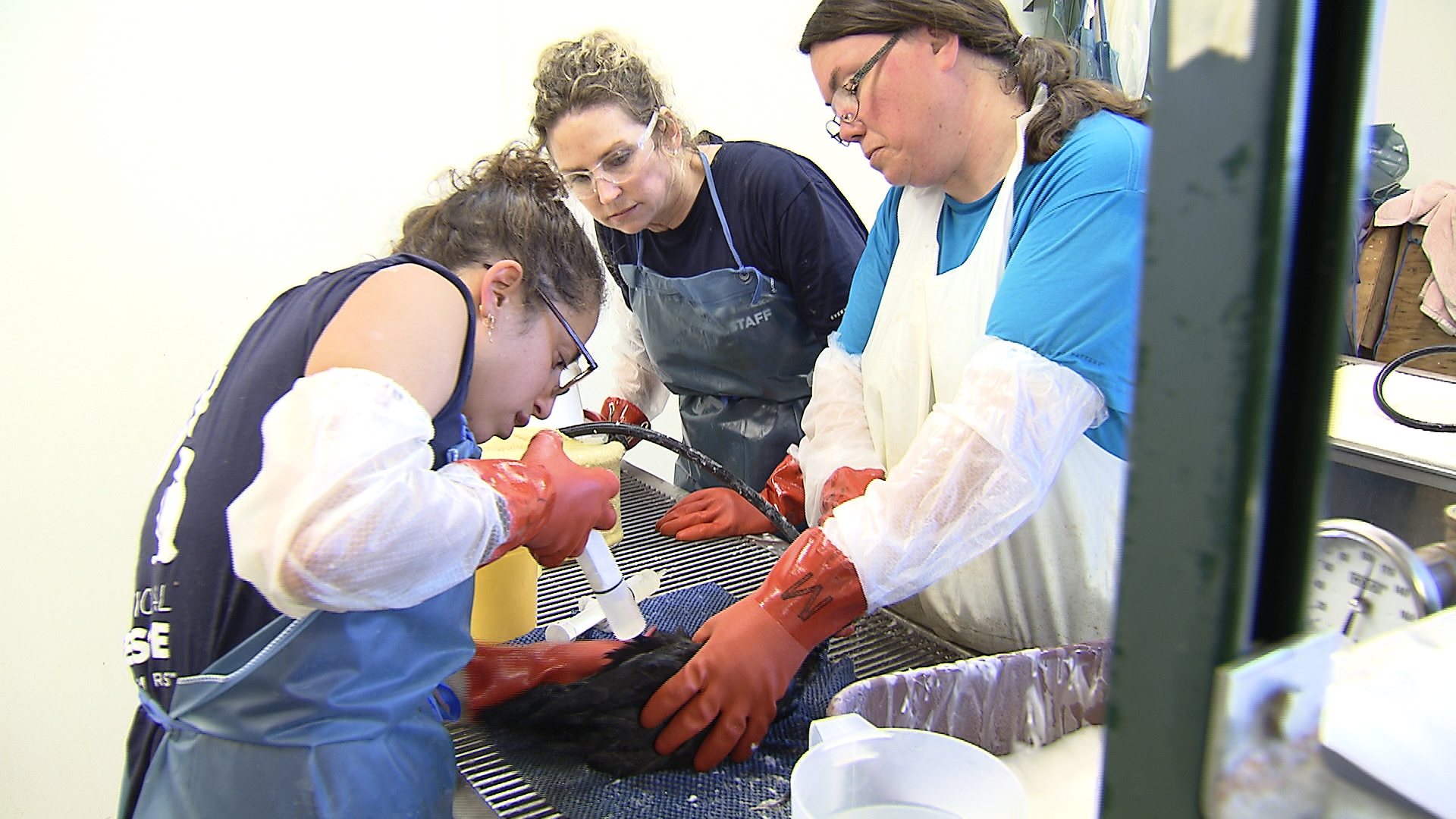 A mysterious substance is killing hundreds of birds along the eastern shore of San Francisco Bay.

Scientists have factored out petroleum, fish and vegetable oil as the culprit, but the makeup of the mystery goo remains anyone's guess, reports CBS News correspondent John Blackstone.

They know it's not the usual suspect, an oil spill, but it's as dangerous.

"This is a true mystery. It has the consistency of rubber cement," California Department of Fish and Wildlife Information Officer Andrew Hughan said.

It sticks to feathers, ruining the birds' ability to stay warm, causing hypothermia. More than 200 birds have been found dead and more than 300 others are being treated by volunteers at the International Bird Rescue. The organization has a long history of saving birds caught in oil spills, but this goo is different.

A spokesperson for the group, Barbara Callahan, said the substance is more difficult to remove than oil.

"We have helped to manage oil spill events and other emergency events around the world, but this is a very difficult product," she said.

The usual treatment for cleaning up oil-covered birds is Dawn dishwashing detergent, but the sticky substance on these birds needs more.

"We're having to soften it, if you will, with first baking soda, into the feathers and then taking that off with some household vinegar," Callahan said.

Then they'll use Dawn and toothbrushes.

"We do use the toothbrushes just around the eyes and the mouth and the very delicate areas," Callahan said.

The U.S. Environmental Protection Agency has joined state wildlife scientists trying to figure out what the substance is -- but so far, no luck.

"Well it's devastating obviously because, you know, we think California is clean, it's beautiful we value our wildlife, we value nature," Callahan said.

They value it so much that International Bird Rescue said it's spending about $8,000 a day, cleaning the birds and nursing them back to health.