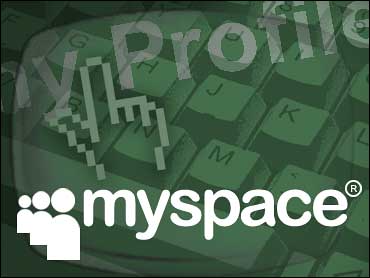 Citing federal privacy law, MySpace.com said Tuesday it won't comply with a request by attorneys general from eight states to hand over the names of registered sex offenders who use the social networking Web site.

MySpace's chief security officer said the company regularly discloses information to law enforcement officials but said the federal Electronic Communications Privacy Act says it can only do so when proper legal processes are followed.

"We're truly disheartened that the AGs chose to send out a letter ... when there was an existing legal process that could have been followed," the security officer, Hemanshu Nigam, said in an interview.

In a letter Monday, attorneys general from North Carolina, Connecticut, Georgia, Idaho, Mississippi, New Hampshire, Ohio and Pennsylvania asked MySpace to provide the number of registered sex offenders using the site and where they live.

Connecticut Attorney General Richard Blumenthal on Tuesday blasted MySpace for refusing to share the information and said no subpoena is needed for MySpace to tell the attorneys general how many registered sex offenders use the site "or other information relating to possible parole violations."

"I am deeply disappointed and troubled by this unreasonable and unfounded rejection of our request for critical information about convicted sex offenders whose profiles are on MySpace," Blumenthal said. "By refusing this information, MySpace is precluding effective enforcement of parole and probation restrictions that safeguard society."

North Carolina Attorney General Roy Cooper echoed the sentiment, saying "it's sad that MySpace is going to protect the privacy of sex offenders over the safety of children."

Nigam said MySpace is serious about identifying and removing sex offenders from its Web site and wants to work with the attorneys general.

"Everybody needs to get together and delete online predators," Nigam said, adding that MySpace supports state and federal legislation requiring sex offenders to register e-mail addresses. "The attorneys' general concerns and our concerns are exactly the same."

In December, MySpace announced it was partnering with Sentinel Tech Holding Corp. to build a database with information on sex offenders in the United States.

Software to identify and remove sex offenders from the site has been used for 12 days, and MySpace has "removed every registered sex offender that we identified out of our more than 175 million profiles," Nigam said.

It is also working with Sentinel to share the sex offender database and technology with the National Center for Missing and Exploited Children, which works directly with law enforcement officials, Nigam said.

Christian Genetski, an attorney who has represented MySpace, said the Electronic Communications Privacy Act requires subpoenas, court orders or search warrants, depending on the information sought.

"It's a clearly defined law that most providers and prosecutors understand and work with on a daily basis," said Genetski, who covers information security and Internet enforcement at a firm in Washington, D.C. "My understanding is (the attorneys general) want the private personal information, and that's clearly the information the ECPA protects."

Blumenthal said will be aggressive in their pursuit of the information.

"We will take ...forceful action, including subpoenas if necessary to protect children," Blumenthal said.

MySpace, which is owned by News Corp., and other social networking sites allow users to create online profiles with photos, music and personal information, including hometowns and education. Users can send messages to one another and, in many cases, browse other profiles.

MySpace's policy prevents children under 14 from setting up profiles, but it relies on users to specify their ages.