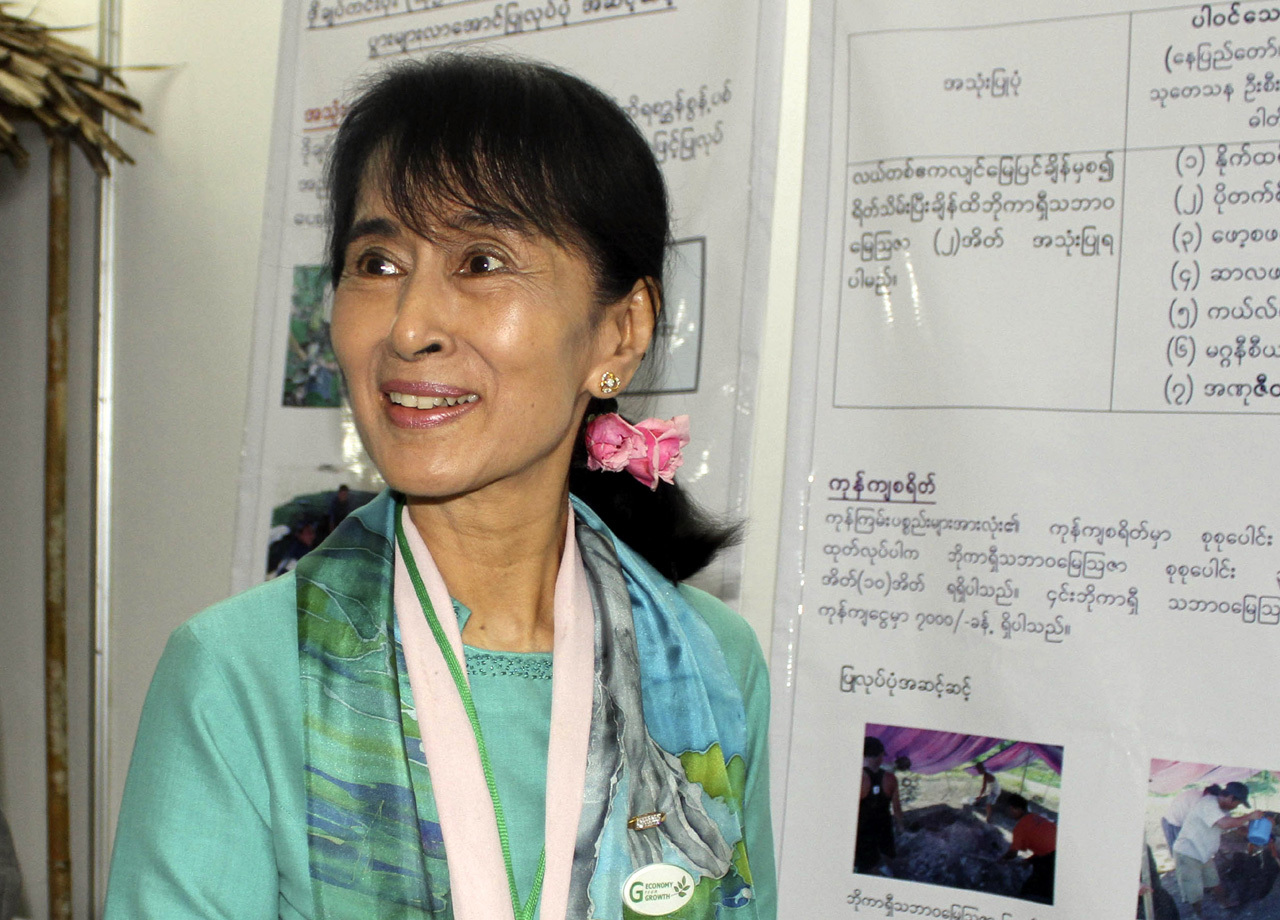 YANGON, Myanmar - Myanmar's president has signed a revised law on political parties in an apparent attempt to encourage Nobel laureate Aung San Suu Kyi's National League for Democracy to accept the political system and reregister as a party.

President Thein Sein signed the amendments to the Political Party Registration Law on Friday as senior U.S. diplomats were ending a visit to encourage his government to push forward with democratic reforms. A U.N. envoy has also been visiting.

If the National League for Democracy reregisters as a legal party, it could join upcoming but still unscheduled by-elections that would be the first electoral test of its popularity in more than two decades.

Bringing Suu Kyi's party back into the fold would also give the government greater legitimacy at home and abroad.

The group was delisted as a political party last year after it refused to register for November 2010 elections, saying they were being held under undemocratic conditions.

The amendments of the party law signed by Thein Sein alter three areas of the law to accommodate Suu Kyi and the National League for Democracy.

The law, originally enacted in March last year by the previous military junta, prohibited anyone who has been convicted of a crime from being a member of a political party. Suu Kyi had been convicted on a trumped-up charge, and would have had to leave the party she helped found. The clause has now been dropped, clearing the way for former political prisoners to engage in politics.

Another article was amended to say that registered parties shall "respect and abide" by the constitution rather than "safeguard" it. The change was evidently made to accommodate criticisms of the charter by Suu Kyi's group without making them illegal.

"Now that the law has been passed, we will hold a meeting to decide whether or not we will register," the spokesman of Suu Kyi's group, Nyan Win, told The Associated Press. Nyan Win said the amendments were in line with the group's wishes.

The junta that ruled Myanmar until handing over power to the current elected military-backed government in March this year enacted a constitution and other laws with provisions aimed at limiting Suu Kyi's political activities, fearing her influence. Her party overwhelming won a 1990 general election, but the army refused to had over power, instead repressing Suu Kyi and other democracy activists.

The U.S. and other Western countries imposed political and economic sanctions against the junta for its failure to hand over power and its poor human rights record.

The elections last November gave an army-backed party a huge majority in Parliament, and the constitution contains provisions that ensure the continued domination of the armed forces.

However, Thein Sein, who was the junta's prime minister, has instituted a series of small reforms to encourage political reconciliation, including an easing of censorship and the opening of a dialogue with Suu Kyi.

At the same time, the Obama administration has sought to engage the government, shifting away from the previous U.S. policy of shunning it.

U.S. special envoy to Myanmar Derek Mitchell told reporters in Yangon on Friday that Thein Sein's government has taken positive steps and that Washington views the release of political prisoners and bringing the National League for Democracy into the political system as necessary reforms.

"We are thinking very actively about how we can support reform by our actions as we see the government taking those concrete steps," he said. He said the U.S. "would love to respond in kind" and was consulting closely with the government.

The U.S. could gradually ease its sanctions against Myanmar and allow aid from multilateral lending institutions such as the World Bank, over which it has exercised a veto.

"An important purpose of my visit was to directly relay to the Myanmar leadership and other stakeholders the secretary-general's encouragement of the important steps taken in recent months to advance the reform agenda led by President Thein Sein, as well as the significant efforts made by all concerned to advance national dialogue and reconciliation," he said in a statement. "At this juncture, it is of crucial importance, for Myanmar's regional and global standing, to maintain the positive momentum that these initiatives have generated."