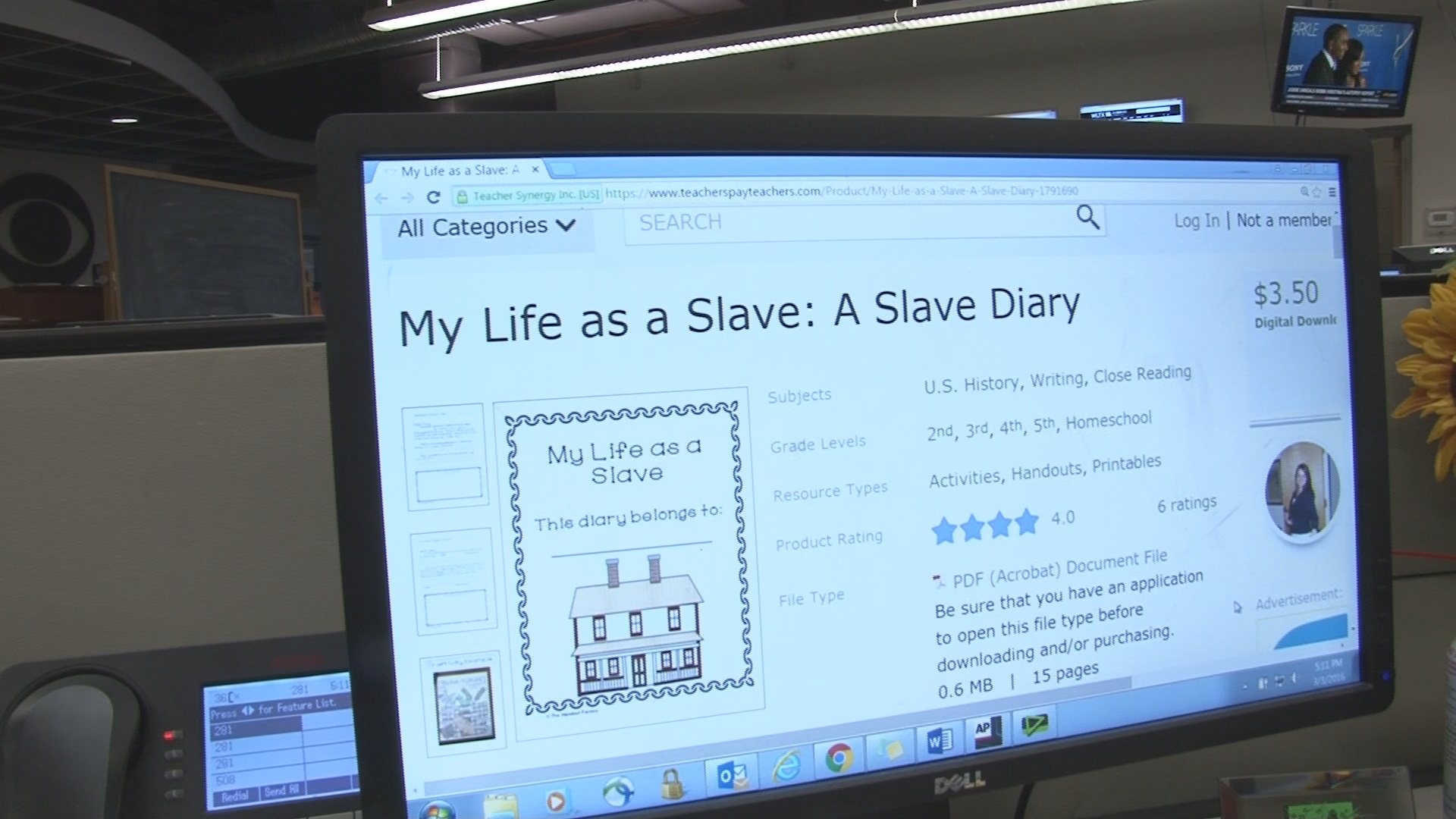 COLUMBIA, S.C. -- A South Carolina school district has scrapped an assignment asking third-grade students to pretend to be slaves.

Local media outlets report officials pulled the five-page handout entitled "My Life as a Slave" after a parent complained it wasn't appropriate for 8-year-old students at Killian Elementary in Columbia.

The students were to discuss being kidnapped from West Africa, riding on a slave ship and being sold at auction. The journal also asks students to draw pictures and discuss life with their slave owners.

Third-grade social studies standards for the state of South Carolina require students to learn about how Africans helped the state economy, and to learn about slavery and the development of the Gullah culture, according to CBS affiliate WLTX.

Three teachers at Killian found the "My Life as a Slave" lesson plan on teacherspayteachers.com and thought it would fit the standard, according to the station. District spokeswoman Libby Roof said one class had done the assignment, which won't be distributed to the other two.

District diversity officer Helen Grant said teachers will brainstorm about more culturally sensitive plans in the future and that this has been a good learning experience for the district, according to WLTX.

"Those children generally don't have anything to relate to, so the experiences that are included in the materials are not anything that they are familiar with, it's not anything that has touched their lives before and so it's difficult to find the materials and difficult to find ways to teach the content to them," Grant said. "We're going to take on that task; in addition to what the actual standards say, we will be developing our own materials."