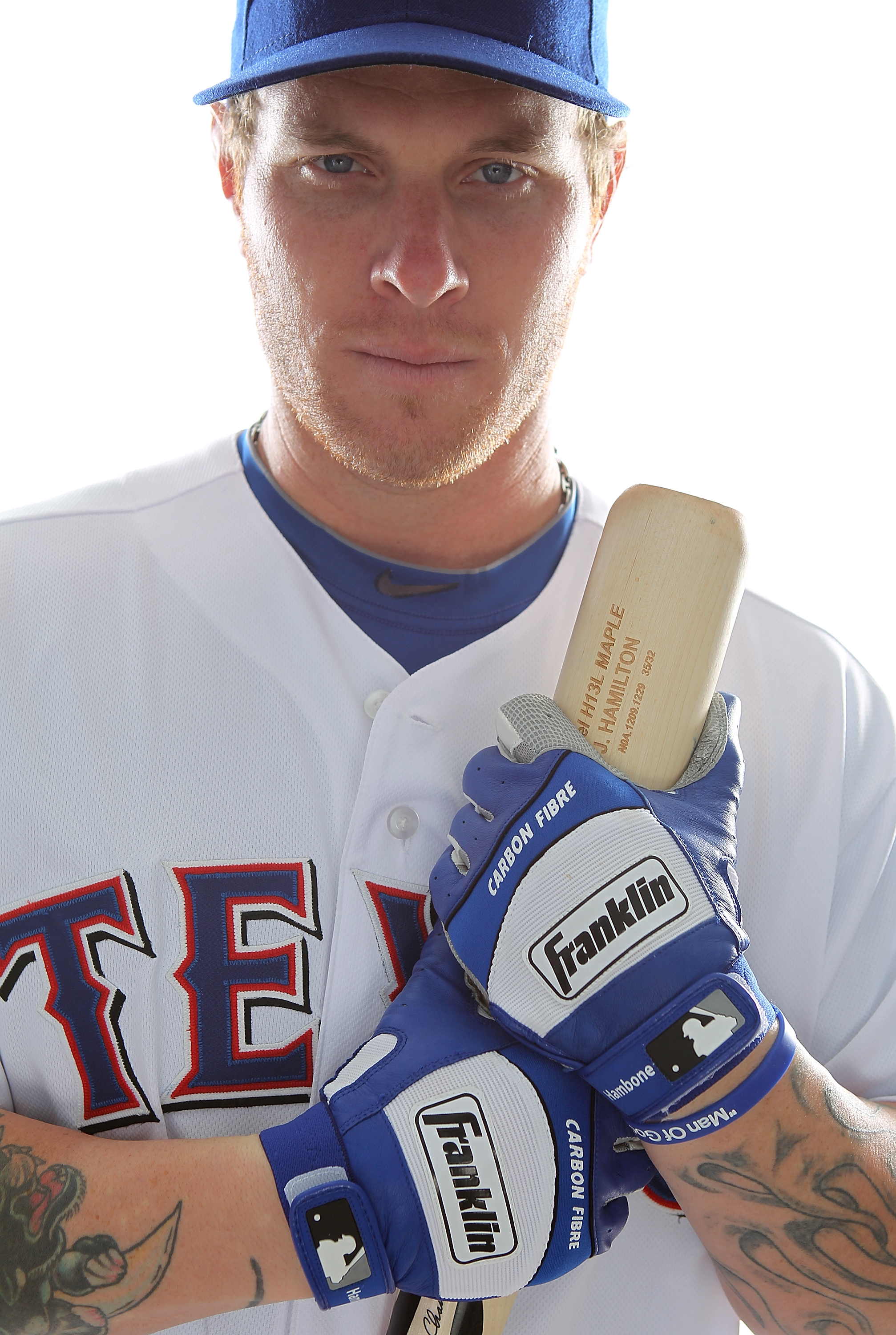 Ballplayers have lots of obstacles when it comes to hitting during the day time: the heat, the humidity, the bright sun, the shadows in front of home plate, the partying the night before...

But Josh Hamilton, the reigning American League MVP, has another reason for his afternoon struggles: his blue eyes.

"It's just hard for me to see [at the plate] in the daytime," Hamilton said. "It's just what it is. Try to go up [to the plate] squinting and see a white ball while the sun is shining right off the plate, you know, and beaming right up in your face."

Hamilton's theory may have some merit since people with lighter eyes are generally more sensitive to sunlight. According to AllAboutVision.com: "People with a lighter eye color ... may experience more light sensitivity in environments such as bright sunlight, because darker-colored eyes contain more pigment to protect against harsh lighting."

"Cal Ripken had the bluest eyes of any player I've ever seen and he did pretty well in his career," he said.

But Kurkjian added that former "Baseball Tonight" colleague (and current Orioles manager) Buck Showalter subscribed to Hamilton's theory. He said he has two rules when it comes to evaluating young players: never draft an 18-year-old with a full beard and never draft anyone with blue eyes because they "can't see as well."