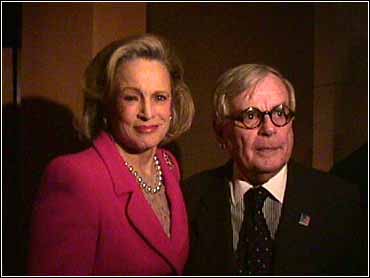 Emily Post, move over - again. Charlotte Ford, of the Model T Fords, has published the latest edition of her manual, 21st Century Etiquette.

Ms. Ford addresses manners for the mobile, fast-paced e-world through personal anecdotes, colorful contributions from famous friends, and her own authoritative observation. It is not Emily Post's exhaustive, esoteric advice such as how to address an emperor whom the Jane Normals of the world may never meet. Previous editions of her etiquette book were released in 1980 and 1988, and both were bestsellers. They aimed to standardize modern manners in a rapidly evolving world.

The book's arrival coincides with major changes in the family's namesake, Ford Motors. For the first time in over 20 years a member of the Ford family has retaken the wheel of the automobile company that is its namesake. Former Ford CEO Jacques Nasser was dismissed after Ford and Firestone got tangled in a heated battle over tires that led to very expensive and extensive recalls and lawsuits. William Clay Ford Jr. stepped into the role of CEO, and is now leading the company that his great grandfather, Henry Ford, founded in 1903.

Three generations of the Ford Motor Company family joined Ms. Ford's book launch reminding us that American legends are timeless as etiquette, though they must evolve to fit the season. Readers, be assured, her advice is simple enough for the layman to put together real class on an assembly line, chapter by chapter.