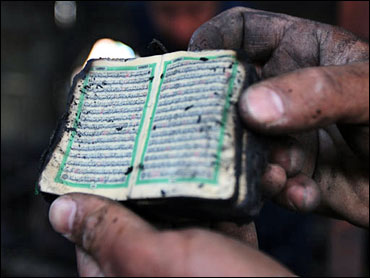 The world's pre-eminent Sunni Muslim institution of learning has condemned a Florida church's plans to host a Qur'an-burning ceremony on Sept. 11.

In a statement carried by local media on Thursday, Al-Azhar's Supreme Council in Egypt accused the church of "stirring up hate and discrimination" and called on other American churches to condemn the event.

Special Coverage: The Ninth Anniversary of 9/11

The Dove World Outreach Center is planning to burn the Islamic holy text on church grounds in remembrance of the victims of 9/11. Organizers are using its website and social-networking sites like Facebook to promote the event.

The Gainesville church, which also campaigns against homosexuality, made headlines last year after distributing T-shirts that read "Islam is of the Devil."