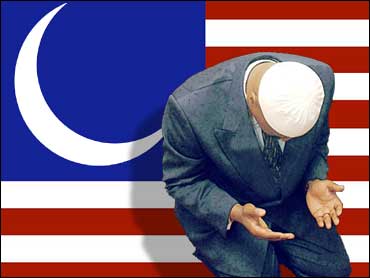 American Muslim scholars who interpret religious law for their community issued an edict Thursday condemning terrorism against civilians in response to the wave of deadly attacks in Britain and other countries.

In the statement, called a fatwa, the 18-member Fiqh Council of North America wrote that people who commit terrorism in the name of Islam were "criminals, not `martyrs."'

"There is no justification in Islam for extremism or terrorism," the scholars wrote. "Targeting civilians' life and property through suicide bombings or any other method of attack is haram or forbidden."

Islam has no central authority, so it's not clear how much sway the fatwa will have.

Many Muslim leaders overseas have issued similar condemnations in recent weeks, but some have left an opening for violence to be used. British Muslim leaders who denounced the July 7 attacks in London said suicide bombings could still be justified against an occupying power.

The U.S. fatwa did not specifically address suicide bombings in a war, but the scholars barred Muslims from helping anyone "involved in any act of terrorism or violence." The council also declared that Muslims were obligated to help law enforcement officials protect civilians.

Leaders of major American Muslim organizations have taken pains since the Sept. 11, 2001, attacks to condemn terrorism and deny any religious justification for it. They have intensified their efforts following the July 7 bombings in London and the botched attacks two weeks later. Other terrorist attacks have occurred in Egypt and Israel in recent weeks, along with continued bombings in Iraq.

The Muslim Public Affairs Council, an advocacy group based in Los Angeles, started the "National Anti-Terrorism Campaign" last year, urging Muslims to monitor their own communities, speak out more boldly against violence and work with law enforcement officials.

The Council on American-Islamic Relations, a Washington-based civil rights organization, is running a TV ad and a petition-drive called "Not in the Name of Islam," which repudiates terrorism. In New York and other cities, mosque leaders have joined advisory committees created by the FBI to build relations between law enforcement and their local communities.