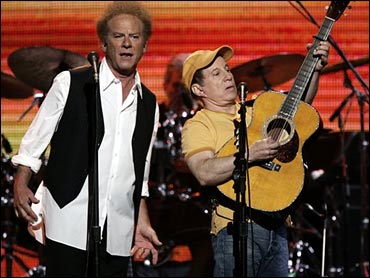 From jazz to hip-hop, New Orleans has played an important role in the development of American music. Because of its rich history, it holds a special place in the hearts of musicians from all over the world.

Katrina hit on Aug. 29, 2005 and only a few days later, on September 2, musicians and celebrities from film and television gathered for a telethon called "A Concert For Hurricane Relief" which aired on NBC, CNBC, MSN and Pax.

On Sept. 9, ABC, CBS, NBC, Fox, UPN, the WB and several cable networks, aired another telethon, "Shelter From The Storm: A Concert For The Gulf Coast." Viewers in nearly 100 countries were able to watch the telethon and performances by Bono, Mary J. Blige, Kelly Clarkson, Dr. John, Neil Young, Foo Fighters, Mariah Carey, Paul Simon, and Garth Brooks among others.

Approximately $30 million was pledged for the American Red Cross and the Salvation Army.

Four years after receiving an outpouring of support and donations following the events of Sept. 11, New York had a chance to give back with "From The Big Apple To The Big Easy," a live concert that featured Cyndi Lauper, Elton John, Lenny Kravitz, Buckwheat Zydeco, Bette Midler and many others.

Many of the concerts were released on DVD with proceeds going to charity.

Several artists contributed songs to compilation albums, or gave proceeds from their own albums to charity.

2All of the record labels, publishers, songwriters and artists on the project waived 100 percent of their fees so that all proceeds could go to charity. The album's title track featured 27 diverse top artists from Aaron Carter to Celine Dion and The Game.

Steve Wonder and Prince are among the artists who released singles with a portion of record sales going to charity.

In addition to lending their voices to the cause, musicians donated funds and rolled up their sleeves to help clean up after the storm.

Ludacris donated $100,000 in support of hurricane victims, with some of the money going to provide 15 families affected by the storm with housing, food and help getting jobs.

Hilary Duff donated $200,000 to the American Red Cross and $50,000 to USA Harvest. She also encouraged fans to bring canned food donations to her concerts.

Celine Dion donated $1 million to the American Red Cross as did the Rolling Stones.

Dave Matthews Band donated around $1.5 million from a concert on Sept. 12 at Denver's Red Rocks Amphitheater to the American Red Cross.

Rapper Young Jeezy opened up his mansion in Atlanta to shelter disaster victims, and Bo Bice invited a family to stay in his Alabama home.

The Game donated his Bentley — worth more than $250,000 — to Morgan Freeman's Charity Folks auction benefiting the American Red Cross.

Jay-Z and Diddy donated a combined $1 million to the American Red Cross and sent large amounts of clothing to hurricane survivors from their signature labels Roc-A-Wear and Sean John respectively.

Britney Spears donated grants through her foundation to Habitat For Humanity and the East Baton Rouge School System.

Spears also went to New Orleans in February for Mardi Gras where she visited a school in suburban Matairie, and took four girls from New Orleans shopping and to dine at one of Cajun chef Emeril's restaurants.

3The Louisiana native also donated items for an online auction on Ebay benefiting hurricane victims. A black Gucci dress went for nearly $1,000 while a pink rabbit coat fetched more than $900.

On Sept. 4, singer Macy Gray went to the Houston Astrodome where she handed out clothing and toiletries to hurricane survivors who had fled to Texas.

New Orleans native Harry Connick visited the Superdome to speak to victims shortly after the hurricane. In addition, Connick helped organize the NBC-sponsored benefit "A Concert for Hurricane Relief," and was named honorary chairman for Habitat for Humanity's "Operation Home Delivery."

Connick teamed up with musician Branford Marsalis and Habitat for Humanity to create affordable housing for musicians of modest means in the area.

In June, 2006, Usher traveled to New Orleans where he joined dozens of volunteers to clear the overgrown lawn of the International School of Louisiana, the state's first foreign language-based charter school, which has been closed since Katrina hit Aug. 29.

Of course, musicians weren't the only celebrities that rose to the occasion. Dozens of actors participated in the telethons, making pleas for donations in between the musical performances.

Jay Leno asked guests to autograph a Harley-Davidson that was eventually auctioned for over $500,000. .

Reese Witherspoon, Jennifer Garner and Cicely Tyson joined a group of women brought to the area by the Children's Defense Fund to bring attention to the needs of storm victims, particularly traumatized children.

Ellen Degeneres, who was born and raised near New Orleans and attended New Orleans University, was a tireless fundraiser for relief efforts. She raised over $10 million from individual and corporate sponsors.

There were other celebrities too numerous to mention who donated their time and funds to help victims of the Gulf Coast hurricanes. For many, being able to help was an emotionally powerful experience.

"It is very humbling, but I loved every second of it," Macy Gray told the Associated Press, speaking about her visit to the Astrodome. "It was really gratifying and I had a great time."
Judy Faber