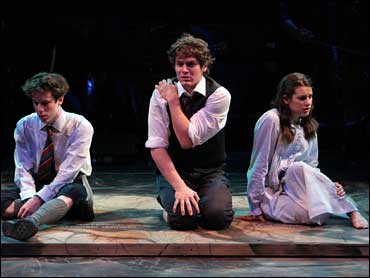 For the Lortel, which honors off-Broadway productions, the musical about sexually adventurous teenagers in late 19th-century Germany, tied with "In the Heights" for the musical prize. "Spring Awakening," which opened off-Broadway in June, moved to Broadway in December.

The Circle, composed of drama critics from daily newspapers, magazines and wire services based in the New York metropolitan area, chose Tom Stoppard's "The Coast of Utopia" as best play and "Radio Golf," August Wilson's last chapter in his cycle of works about the black experience in 20th-century America, as best American play.

The Circle has the option of giving a best-foreign or best-American play award, depending on what wins the best-play prize. A Broadway revival of R.C. Sherriff's "Journey's End" was awarded a special citation by the Circle.

"Stuff Happens" by David Hare received the Lortel Award for best play. The drama about events leading up to the war in Iraq and beyond.

Both the Critics' Circle and Lortel awards were announced Monday.