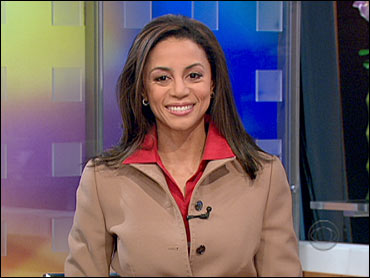 Each year, an estimated three-quarters of a million Americans suffer strokes.

They'd suffered a middle cerebral artery stroke. That's the largest artery in the brain and the most common site of strokes. A blockage of that artery cuts off oxygen to one side of the brain, killing those brain cells.

People who survive this kind of stroke are often paralyzed, or have problems with speech and cognition.

The goal of stroke therapy is to get as much of that function back as possible, Phillips continued, and it works best if you start immediately.

So, what might music have to do with that?

Several things, Phillips says. The first is emotional. Researchers thought music might have a calming, reassuring and relaxing effect on patients. After all -- a stroke is devastating.

Also, they wanted to see if they could actually help the brain's cognitive powers start functioning again.

Both groups also received standard forms of stroke therapy, such as physical rehabilitation.

The music group showed a 60 percent improvement in verbal memory over three months, much better than the people who didn't listen to music or chose audio books. They were also less depressed, and had a better attention span.

What do the researchers think the music did?

We've known for a while, Phillips says, that music stimulates feel-good chemicals inside the brain such as serotonin, which in turn may help improve overall brain function. The researchers also think the music may have stimulated areas of the brain that were damaged,forcing them to work again. That may in essence rewire the brain, so parts that were never used before might start making up for the function that was lost.

It wasn't the music alone, Phillips points out but, together with other therapies, it appears that music showed some real value.