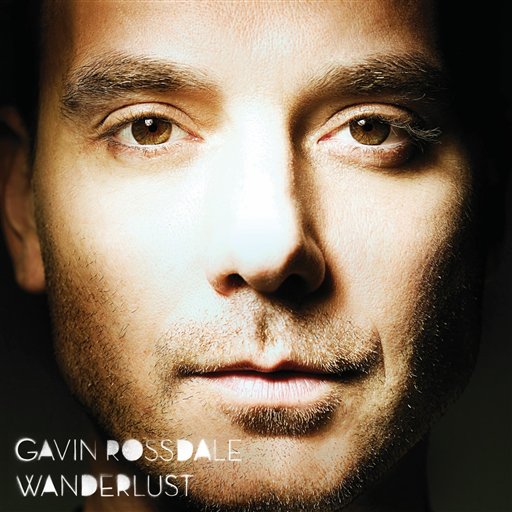 Gavin Rossdale made a pretty big splash with his music before becoming the envy of men everywhere with his marriage to ultimate rock girl Gwen Stefani.

The former frontman for Bush, whose 1994 debut "Sixteen Stone" was one of the more popular discs of the 90's, returns with his first solo outing, "Wanderlust," and the result is a decidedly mixed bag.

While his raspy voice and soaring choruses echo his finer '90s moments, Rossdale settles for overly slick production and the result makes the disc quite derivative (maybe we can blame that on mercenary producer Bob Rock, who somehow managed to make even Metallica sound too slick).

"Wanderlust" succeeds in its simpler moments. Disc opener "Can't Stop The World" is a melodic rocker with a knockout chorus and lead single "Love Remains The Same" is a lush ballad that works well with Rossdale's rasp, as do dynamic tracks like the escapist "Drive" and the electro-charged doom of "Future World."

Where the frustration sets in is on tracks like the muddy "This is Happiness," which is just plain sloppy but contains one of the catchiest choruses on the disc. And there's the rub: each song does boast a moment where you take notice before it retreats into dry repetition.

I won't even get into it with "Another Night In The Hills" _ which lyrically seems a bit beneath Rossdale's typical stream-of-consciousness style: "She likes her cocaine/right on the membranes/She's one to give favors/to the movers and shakers."

Gavin Rossdale offers a respectable effort but rests on his laurels a bit too much on "Wanderlust."

CHECK THIS TRACK OUT: Emotive disc closer "Beauty in the Beast" showcases a very welcome introspective side to Rossdale's persona.