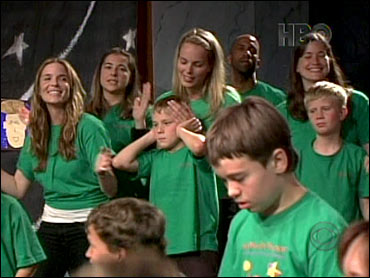 The Centers for Disease Control says one in every 150 children has autism. Now, a new HBO documentary called "Autism: The Musical" follows five children with autism and their families as they write, rehearse, and perform their very own musical.

Elaine Hall, the founder of "The Miracle Project," who teaches the children herself, and Henry Stills, one of the participants, as well as his mom Kristen, wife of Stephen Stills of Crosby, Stills and Nash, joined The Early Show Wednesday to talk about the musical and film.

The change, she says, was gradual but profound. "Little by little, Neal -- we joined Neal's world, and little by little he was able to join our world."

Watch both parts of The Early Show interview below.