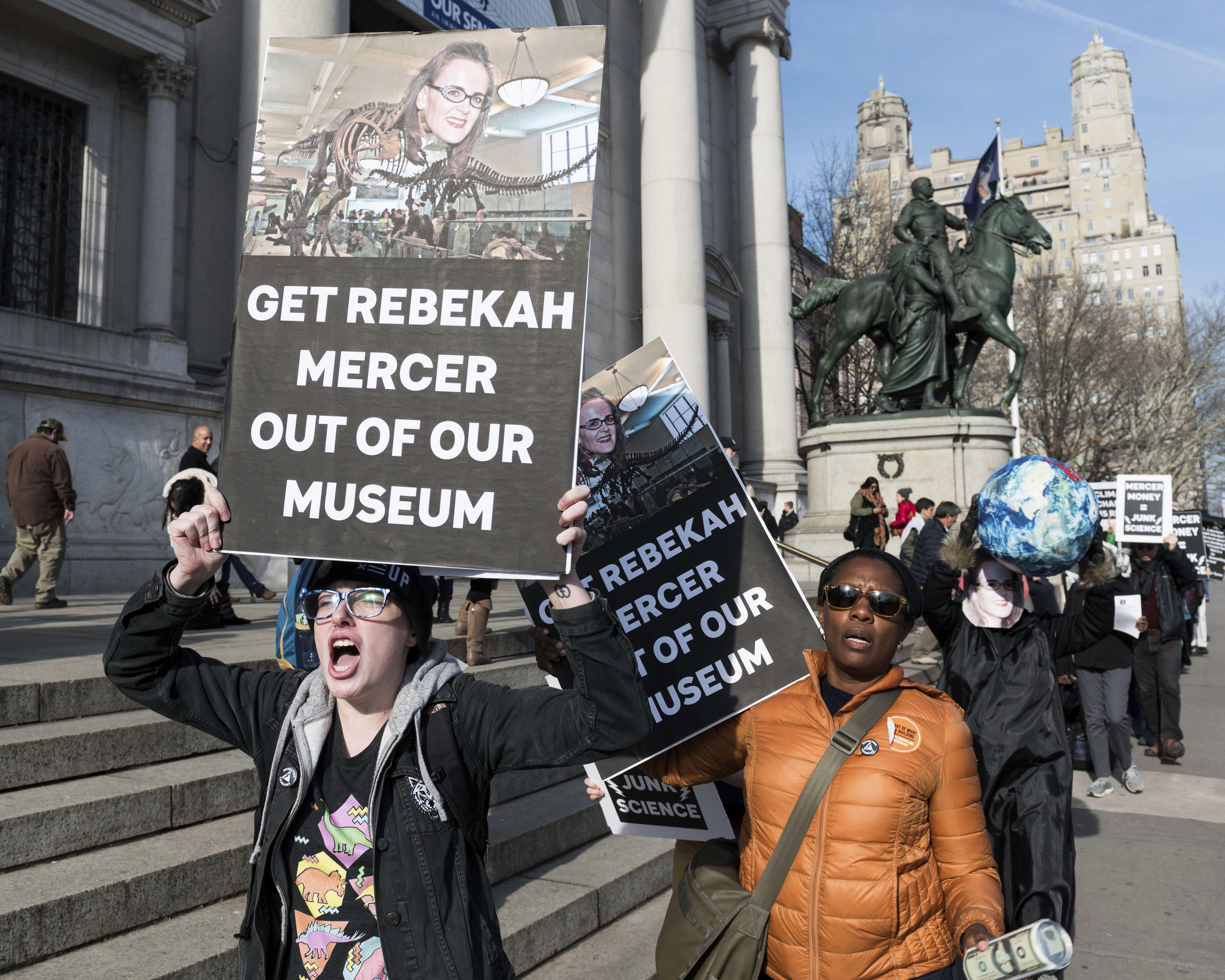 NEW YORK — A group of over two dozen curators at the American Museum of Natural History have objected to a museum trustee who is a donor to groups that challenge climate change.

The New York Times reports that 28 curators at the New York City museum said in a Jan. 19 letter to leadership they are concerned about Rebekah Mercer's donations to organizations they say "challenge and politicize climate change science."

News of the internal letter comes after a group of 200 scientists and academics called for the removal of Mercer from the museum board in an open letter last week.

The museum said in a statement that it does not make appointment decisions concerning trustees based on political views, and that funders do not shape curatorial decisions.