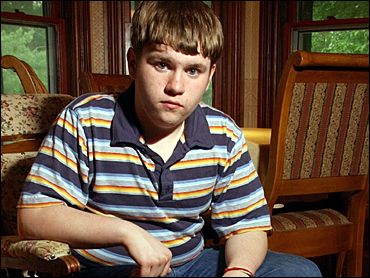 A man convicted of murdering his wife and leaving their 8-year-old son to find her body six years ago has agreed to give up his parental rights, the boy's guardian said Monday.

Daniel Holland had been scheduled to face a closed-door trial Monday in Norfolk County Probate and Family Court on whether his parental rights should be terminated.

Instead, he agreed to a settlement waiving any right to be part of Patrick Holland's life, said Ron Lazisky, of Sandown, N.H., Patrick's permanent legal guardian.

Patrick, 14, has publicized his determination to terminate his father's parental rights, saying Holland forfeited the role of a parent the night he shot Liz Holland eight times in their Quincy home. Patrick was sleeping in the next room.

"It's like a big weight's been lifted off my shoulders, knowing that I don't have to worry about him being in my life," Patrick said Monday morning.

Lazisky said he and his wife, Rita, who was Liz Holland's best friend, would file immediately to adopt Patrick.

Holland is serving life in prison without parole for first-degree murder. He is appealing.

In the settlement, Holland agreed to give up any interest in his dead wife's estate, even if his conviction is overturned, Lazisky said.

Holland's lawyer, Patricia Gorman, had not returned repeated messages seeking comment in advance of the hearing.

Holland — connected by video hookup from prison — said toward the end of the hour-long hearing that he wanted to tell Patrick he loved him, Lazisky said.

"Patrick got up and walked right out before the judge even ruled," Lazisky said. He said the judge refused to give Daniel Holland permission to speak to his son.

Because the hearing was closed, court officials were not available to comment.

After Liz Holland's death, the Laziskys and grandparents on both sides sought custody of Patrick.

The Laziskys eventually got custody in a settlement with Daniel Holland's parents, but they agreed not to try to adopt Patrick until 2005, when Patrick would be old enough to have a major say. Because there was no adoption, Holland's parental rights were never terminated.

That was fine with Patrick and the Laziskys until Holland began trying to get Patrick's school and counseling records. They responded by suing to try to terminate his parental rights.

Probate Court Judge Robert Langlois threw the case out in February because the Laziskys and Patrick live in New Hampshire and Patrick is a minor. The judge reinstated the case two months later after the Massachusetts Department of Social Services intervened on Patrick's behalf.

Five states make domestic murder grounds for terminating parental rights, but Massachusetts is not one of them, according to the Family Violence Department of the National Council of Juvenile and Family Court Judges.

Had the case gone to trial, Langlois would have had to consider Patrick's best interests and whether Daniel Holland could fulfill his parental responsibilities in the foreseeable future.

Daniel Holland had sought to intervene in his dead wife's estate on Patrick's behalf. He had demanded a complete inventory of the family's possessions and a final accounting from the estate's administrator, his former father-in-law, Robert McCrocklin.

In the settlement, Holland agreed to give up any interest in the estate so Patrick can get his mother's belongings and any money left from the 1999 sale of the couple's house as quickly as possible, Lazisky said.

McCrocklin, of Fairfax, Va., did not immediately return a phone message seeking his reaction to Monday's developments.