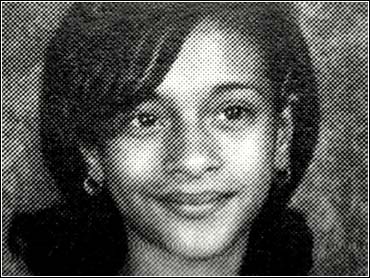 A Rhode Island murder trial that was supposed to start Monday morning has been postponed indefinitely after a key witness died after being shot twice in the head Sunday night.

Lawyers for murder defendant Charles Pona, 19, denied he was involved. He had been free on $100,000 bail for the last month.

"There's no indication that my client had anything to do with this at all," defense attorney Joseph Voccola said.

The attorney general's office says that Rivera's family was offered protection six days ago and refused it.

Police Maj. Guido Laorenza said investigators were pursuing a suspect but he would not discuss specifics. It was too soon to know whether the girl's shooting was linked to the trial, he said.

"Is that something we're going to pursue as a possible motive? Yes. Can we verify that? No," Laorenza said.

A witness who lives near the girl said he heard three shots, then he and others ran to the corner and saw her on the ground bleeding.

Pona was to be tried Monday in the August shooting death of Hector Feliciano, 17, in what investigators believe was a drug-related attack.

Rivera, until recently a student at Roger Williams Middle School, had testified at Pona's bail hearing last year that she saw a person fitting his description fleeing the scene of the slaying, said Jim Martin, spokesman for the attorney general. He would not comment further.

Eva Quinonez, a teen-ager who said she was a friend and schoolmate of Rivera, said the girl recently confided she had been threatened.

"She just told me that somebody was looking for her to kill her," Quinonez said.

She had not asked for police protection, Laorenza said.

Pona had been held in state prison since November, serving a six-month sentence for obstructing a police officer. He was released April 22, and posted $100,000 bail on the murder charge, Department of Corrections spokesman Al Bucci said.

Pona appeared Monday in Superior Court where a prosecutor asked that his bail be revoked. The judge refused, instead imposing an 11 p.m. curfew and requiring Pona to report to a court clerk daily.