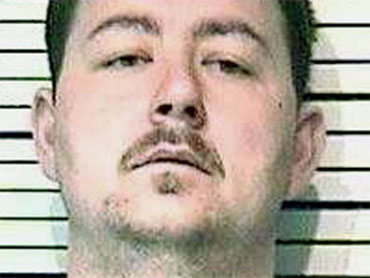 A Kentucky man accused of strangling his wife is poised to claim excessive caffeine from sodas, energy drinks and diet pills left him so mentally unstable he couldn't have knowingly killed his wife, his lawyer has notified a court.

Woody Will Smith, 33, is scheduled for trial starting Monday on a murder charge in the May 2009 death of Amanda Hornsby-Smith, 28.

Defense attorney Shannon Sexton filed notice with the Newport court of plans to argue his client ingested so much caffeine in the days leading up to the killing that it rendered him temporarily insane - unable even to form the intent of committing a crime.

Sexton declined Associated Press requests for comment on the defense strategy he indicated he would pursue in filings before the court.

A legal strategy invoking caffeine intoxication is unusual but has succeeded at least once before, in a case involving a man cleared in 2009 of charges of running down and injuring two people with a car in Washington state.

Dr. Roland Griffiths, a professor of behavioral biology at Johns Hopkins University has noted in an unrelated study that there is a diagnosis for "caffeine intoxication," which includes nervousness, excitement, insomnia and possibly rambling speech.

Prosecutors, meanwhile, said their own expert may testify there was no evidence Smith had consumed diet pills or energy drinks as he claimed before his wife died.

Police say Smith used an extension cord to strangle his wife on May 4, 2009, then used the same cord to bind her feet together. Smith then used another cord to tie his wife's hands.

If convicted of murder, Smith could be sentenced to life in prison.

Smith told Dr. Robert Noelker, a psychologist from Williamstown hired by the defendant, he remembers taking his children to school that morning.

But Smith remembers little else about the ensuing hours.

In the weeks preceding May 4, 2009, Woody Smith told Noelker, he hadn't been sleeping, in part out of fear his wife would take their two children and leave him.

"The next several hours of Mr. Smith's life, were described to me as if he were in a daze," Noelker wrote in a report.

After sleeping intermittently, Smith had nap with one child he picked up from school at midday at a school near their home in Dayton, Ky., across the Ohio River from Cincinnati. After picking up the second child later that day, Smith said he went to his mother and stepfather's house.

He described feeling "out of control," weeping to the point of being unable to communicate. Smith eventually confided in his stepfather, Noelker wrote, "I think my wife is dead."

Reports and case records say during that time, he was drinking five or six soft drinks and energy drinks a day, along with taking diet pills; it all added up to more than 400 milligrams of caffeine a day.

The Diagnostic and Statistical Manual of Mental Disorders - published by the American Psychiatric Association showing standard criteria for the classification of mental disorders - defines overdose as more than 300 mg. That's about three cups of coffee.

Noelker said he determined Smith was open to "brief psychosis" brought on by sleep deprivation, which was caused by the heavy ingestion of diet pills and caffeine in the weeks leading up to his wife's death.

"It is my opinion that this disorder was the direct result of psychosis due to severe insomnia," Noelker wrote in a report filed in Smith's case. Noelker is expected to be called as a defense witness.

The defense strategy recalls the case of Daniel Noble, a budget analyst at the University of Idaho Foundation who awoke Dec. 7, 2009, after a restless night and multiple weeks of working long hours on the foundation's budget.

Attorney Mark Moorer of Moscow, Idaho, won a dismissal of charges against the 31-year-old analyst, who had been accused by authorities of running down and injuring two pedestrians with a car in Pullman, Wash. Each man survived with a broken leg.

Moorer said Noble awoke in pajamas and slippers in near-freezing weather, went to a Starbucks and downed two large coffees before driving eight miles to Pullman where the pedestrians were hit.

Medical tests in the Noble case resulted in a diagnosis of a rare form of bipolar disorder - triggered by heavy consumption of caffeine, Moorer said.

That evidence went before a judge, who dismissed the charges after concluding Noble was unable to form the mental intent to commit a crime.

"We referred to it as a temporary insanity defense," Moorer said. "If you sat down and talked with him now, you'd think he's as normal as you and I."