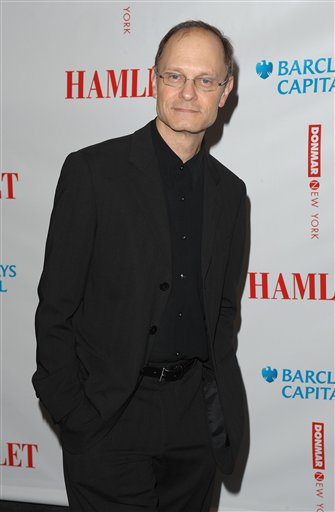 When billionaire banker Edmond Safra died in a fire, an American ex-Green Beret was charged with setting the blaze. Is he guilty?

Correspondent Erin Moriarty reports on new legal developments in the case of Ted Maher, a pediatric nurse who went looking for a chance of a lifetime, and wound up looking at a possible life in prison sentence instead.

On a recent Saturday morning in her parents' home in rural Stormville, N.Y., Heidi Maher anxiously waited by the phone.

For three years, the phone has been her lifeline, the only way she can talk to her husband Ted.

Their children - Ian, 7, Chris, 13, and Amber, 5 - haven't seen their father, Ted Maher, since the fall of 1999. He is in prison in Monaco, awaiting trial, a reality that still seems unreal to Heidi.

From the moment she met Ted in 1989, when they were both nursing students, Heidi says she knew the ex-Green Beret was something special. They were married in 1993.

He loved kids, and worked in the neonatal unit of New York's Columbia Presbytarian hospital. One patient was so grateful to Ted, he helped him land a job taking care of reclusive billionaire Edmond Safra.

Safra and his wife Lily had homes in New York, London, Geneva, an estate in France, and a sumptuous 20-room penthouse in Monaco.

According to Heidi, Safra had Parkinson's Disease, and the Safras liked the fact that Ted was an ex-Green Beret. So they thought he could be both a bodyguard and a nurse.

The Safras offered Ted a contract at more money than he had ever made: $600 per day, But he'd have to leave for Monaco right away.

Soon after, Safra died in a violent and mysterious attack on his home in Monaco. A raging fire that started in a wastebasket, apparently set by two intruders, tore through the penthouse apartment, killing Edmond Safra and a nurse named Vivian Torrente.

Heidi was told by Safra's assistant that her husband, trying to fight off the intruders, had been knifed.

Heidi and her brother rushed to Monaco to be by Ted's side. What happened next was a bizarre series of events, designed, says Heidi, to make her husband look like a killer.

When she arrived, Heidi and her brother were picked up by a Safra driver and taken to the police station, where Heidi was interrogated about her husband for hours.

When she went outside during a break, she was grabbed by two men and put into a car. She and her brother were taken to Ted's hotel. The men took their passports. "They had us up against the wall and I thought we were going to die," she says.

Her abductors turned out to be Monaco police officers. Shortly afterwards, Heidi says, they pressured Ted by showing him her passport. "He was told then that I was stripped & tortured," she says.

Just days after being hailed as a hero, Ted confessed to the crime. "I know he didn't do this," Heidi says.

Heidi believes Ted signed a confession only because he feared for her safety. In it, Ted says he stabbed himself and then set the fire. The idea, he said, was to appear as if he were saving his boss.

After three years in a Monaco prison, Ted went on trial for arson. If convicted, he could face life in prison.

Some, however, say he is innocent. Among them is writer Dominick Dunne.

Days before his death, Safra finalized the sale of his Republic bank for billions. He was a jet-setter who kept company with statesmen like Shimon Peres, the former prime minister of Israel.

In fact, Safra employed a personal army of security guards, said to be trained in Israel by intelligence units.

Journalist Patrick Middleton, a writer for the Riviera Reporter in nearby France, says Monaco is run like a police state. Precisely because the Monaco police are so vigilant, many question whether Ted Maher alone could kill a man as connected as Safra.

Heidi Maher, however, believes her husband is the victim of a cover-up. Why, with so many cops, and so little crime, did it take more than two hours to reach Safra and his nurse, who were by that time dead from smoke inhalation?

And where were Safra's private guards on the night he died? Dunne says none were on duty that night. He also says there were rumors that Safra was the victim of a Russian mob hit, or Palestinian terrorists.

But what really caught his attention were the stories about Edmond's widow, Lily.

Lily Safra has been a source of gossip in high society circles for years. Married four times, she became a very rich woman when her second husband Freddy Monteverde died under tragic and unusual circumstances. She inherited $230 million from that marriage.

More unusual than the fortune Monteverde left her is the way he died. Official reports called it a suicide, but Dunne got a different story from a family member: "And she said, 'Well, 'If you can call shooting yourself in the heart, twice, suicide.'"

Still, 30 years later, when her fourth husband Edmond died, tongues began to wag once more -- especially when it became known that two months before his death, he changed his will, cutting out his two brothers, and leaving control of most of his estimated $4 billion fortune to Lily.

What about the speculation that Lily herself assisted in his death or stood by?

"It is more than scandalous. Not only is it not true, it is totally scandalous!" says Mark Bonnant, Lily Safra's lawyer. "When you put together what their life was, what their love was, what her behavior was during the fire, how can you dare, for one minute, suggest that it could be Lily?"

Bonnant also brushes off suggestions of any international conspiracy: "If a mafia or whatever enemy wanted the death of Edmond Safra, the way to do it is not to ask a nurse to put a fire in a wastepaper basket."

In fact, Bonnant says there's only one person responsible for Edmond Safra's death: Ted Maher. And under Monaco's court system, he is allowed to help prosecutors prove that.

What happens at the trial? Find out in Part 2.

The Life and Death of Nikki Kuhnhausen

Death on Safari
Thanks for reading CBS NEWS.
Create your free account or log in
for more features.
View CBS News In
CBS News App Open
Chrome Safari Continue
Be the first to know
Get browser notifications for breaking news, live events, and exclusive reporting.